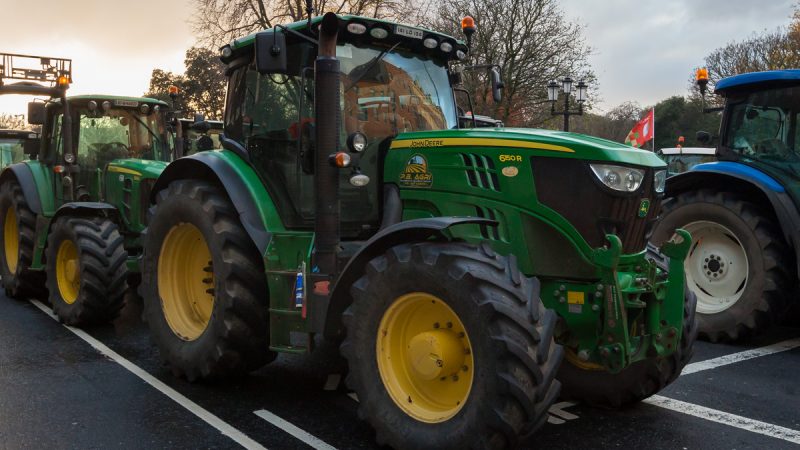 Farmers from across Ireland gathered on Sunday to protest against the EU’s Common Agricultural Policy (CAP). [Shutterstock / 4H4 Photography]

Farmers from across Ireland gathered on Sunday to protest against the EU’s Common Agricultural Policy (CAP), arriving in the capital in a fleet of tractors.

The CAP is nearing the end of its legislative journey at EU level, but many Irish farmers remain unhappy with the level of engagement they have had in its formation and some of the measures it contains.

Ahead of the demonstration, Tim Cullinan, president of the Irish Farmers’ Association, said that the policy was “designed to reduce production. Farmers are being asked to do more and more for less”.

He added that the sector was very conscious of climate change and that farmers wanted to “play their part.”

“The Government needs to provide more funding, including a properly funded Common Agricultural Policy, to ensure that farmers can take on the climate challenge while remaining viable”, he said.

Sunday’s protest, which was scaled back due to a recent rise in COVID-19 cases, is part of the Save Irish Farming campaign, which launched last June and has since held several similar protests around the country.