Trio of presidencies to create reflection group on EU economy 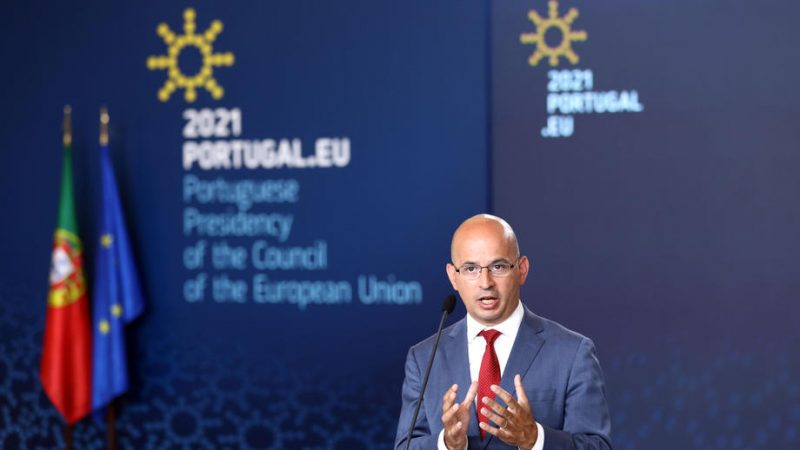 Portuguese Minister of State for Finance Joao Leao makes a statement after attending a Recovery Summit on the last day of the Portuguese Presidency of the Council of the European Union in Lisbon, Portugal, 30 June 2021. [EPA-EFE/ANTÓNIO PEDRO SANTOS]

Portugal’s minister of state and finance, João Leão, announced on Wednesday that the Portuguese, Slovenian and French presidencies would launch a reflection group on the EU economy.

Leão said the group of experts to be formed in the coming weeks, “will reflect on the legacy of the crisis, the measures needed to promote the potential growth of the European economy, and the ways in which the EU’s economic policy can respond to this purpose.

“By the end of the year, we intend to present the work done by this group,” he concluded, predicting “a robust, sustainable recovery of the European economy that leaves no one behind.”

Leão also noted that, according to the Organisation for Economic Cooperation and Development (OECD), “the EU invests only 2.1% of GDP in research and development, which is one percentage point below what the United States does.

“Among the 30 largest technology companies in the world, only two are currently European,” he noted. “The future of the European economy will necessarily involve strengthening the way in which it positions itself vis-à-vis the other major economic blocs, namely in terms of carbon neutrality objectives, technological innovation, and the main technologies.”

Leão said, “it is necessary to launch the debate about economic policy in Europe and economic governance” and about how the current model “should be adapted to ensure a robust and inclusive recovery, while ensuring the sustainability of public finances.”