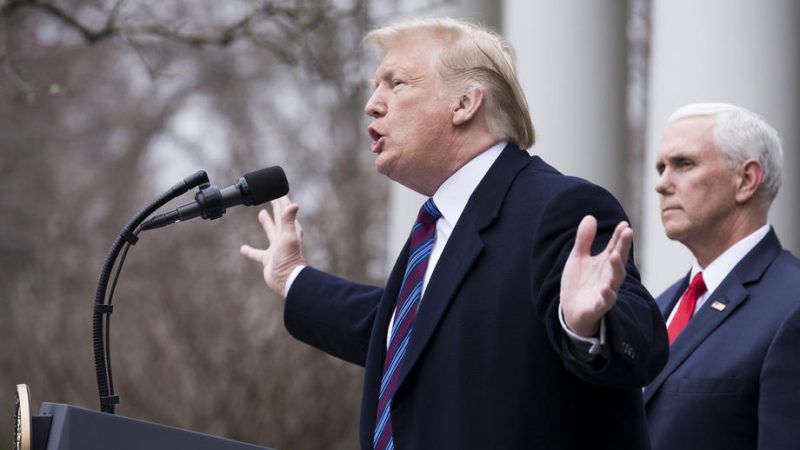 The annual super-conference of the American right will take place from 18-20 May. [EPA-EFE/MICHAEL REYNOLDS]

Former US President Donald Trump will not attend this year’s annual largest and most influential gathering of American conservatives in Budapest this month despite speculation to the contrary, EURACTIV’s media partner Telex reported.

The Hungarian Centre for Fundamental Rights (Alapjogokért Központ), a right-leaning think tank, has announced the list of key participants at the satellite event of the Conservative Political Action Conference (CPAC) to be held in the Hungarian capital.

The annual super-conference of the American right will take place from 18-20 May.

Although there was originally widespread public speculation Donald Trump had been invited to the event and that US senators, members of Congress and many prominent figures from the US intellectual community would be visiting Hungary, the publicly-funded institute published a relatively modest list of names on Facebook on Thursday.

The Budapest CPAC was originally timed to coincide with the Hungarian election campaign, which analysts said would boost Fidesz’s reelection drive a week before the polls, a plan upset by the Russian-Ukrainian war that necessitated a two-month postponement.

The Facebook post by the think tank also revealed Hungarian Prime Minister Viktor Orbán to be a keynote speaker, with “God, country and family” as a central theme. The main guests of the event will be former Republican Presidential Candidate and Senator Rick Santorum, former Czech President Václav Klaus, President of the Austrian Freedom Party (FPÖ) Herbert Kickl, and Leader of the Belgian Flemish Interest (VB) Tom Van Grieken.

Santorum is strongly opposed to abortion and gay marriage. The Republican politician became a political commentator at CNN during the Trump presidency but was sacked over racist remarks about Native Americans.

In addition to Santorum, several members of the Austrian, Spanish, Italian, Dutch and EU parliaments, as well as US members of Congress, will be in Budapest, in addition to American right-wing influencers Ben Ferguson and Candace Owens.

Perhaps the conference’s most prominent participants are UK politician Nigel Farage and US broadcaster Tucker Carlson, both of whom have visited the country in the last year.