Tsipras winks at progressives, says the right is the ‘only political rival’ 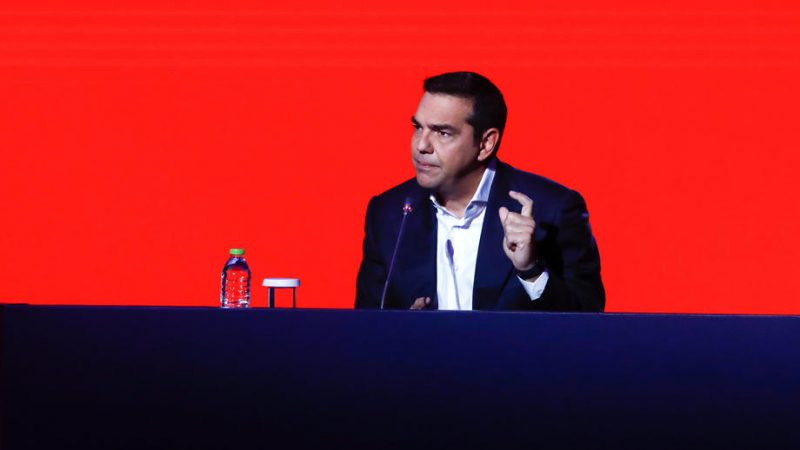 The only political rival for the leftist main opposition Syriza party is the right-wing New Democracy party (EPP) and not any other progressive political force, leader of Syriza and former PM Alexis Tsipras said.

In a televised interview with Star channel, Tsipras said he does not see the other progressive forces as rivals.

“The only opponent for Syriza is the right and PM Kyriakos Mitsotakis,” he stressed.

His statement came as a response to a question on the rise in polls of the Greek socialist party (Pasok) after MEP Nikos Androulakis became the party’s leader in recent elections.

Tsipras has repeatedly said progressive parties should join forces against conservatives. However, the ideological orientation of Greek socialists remains unclear while Mitsotakis is trying to approach Pasok’s new leader.

The official member of the Party of European Socialists (PES) in Greece is Pasok. However, Tsipras, whose party belongs to the EU left family, is always invited as an observer.

“Pasok is our member, but ideologically, we are on the same page with Tsipras”, a PES source told EURACTIV last week.

Although in public, Brussels-based EU socialists avoid giving directions to national member parties on what kind of coalition alliances they should have, they insist that after the German elections, socialists should look at the progressive political spectrum.

“We have to build progressive majorities wherever it is possible. The grand coalition has traditionally been an alliance of last resort,” Udo Bullmann, the chief negotiator for the SPD in the coalition talks on EU affairs, told EURACTIV.