By Nikolaus J. Kurmayer and Sarantis Michalopoulos | EURACTIV.com and EURACTIV.de 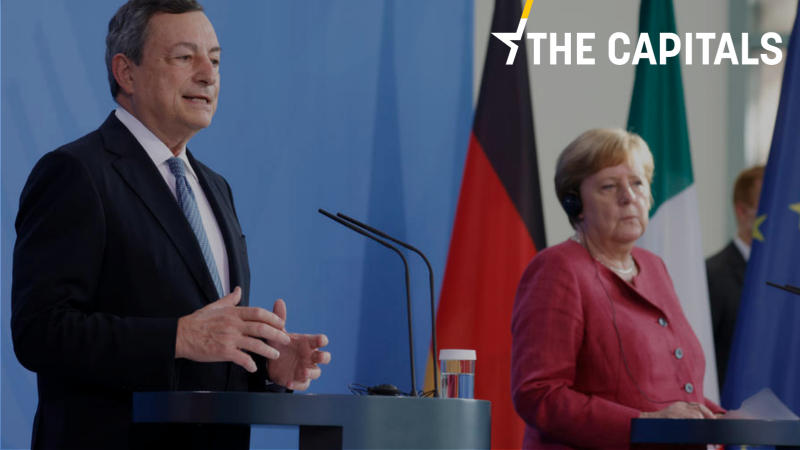 Germany and Italy were among the EU member states which fiercely opposed sanctions against Turkey. [EPA-EFE/ODD ANDERSEN]

Without Turkey’s cooperation, the EU will not find a solution on the long-standing issue of migration, German Chancellor Angela Merkel has said at a meeting with Italian Prime Minister Mario Draghi.

According to the draft conclusions of the EU Council later this week, seen by EURACTIV, the EU intends to continue financially supporting Turkey in the refugee crisis.

Merkel added that she and Draghi “agree that without cooperation with Turkey, we will not get anywhere.”

In an interview with Welt, German Foreign Minister Heiko Maas said we need an update of the cooperation on migration with Turkey and added that the EU had a great interest in continuing to develop the migration pact with Turkey.

The current migration pact foresees Turkey combating illegal migration in the EU and Greece being able to push back illegal migrants that make it to the Aegean islands. In return, the EU accepts one Syrian refugee for every refugee pushed back in addition to financially supporting Turkey.

The pact had previously been criticised for giving undue political leverage to the regime of Turkish President Recep Tayyip Erdoğan, yet Turkey remains an important partner in warding off migration for an increasing anti-migration stance in Europe.

The EU Council on 24 June will “take note of the preparatory work for high level dialogues with Turkey on issues of mutual interest, such as public health, climate, counterterrorism and regional issues.”

In September 2020, the European Commission put forward a new proposal on migration, which was hailed by everyone as a good starting basis, but key differences remain among EU member states.

Commission sources told EURACTIV that the negotiations with member states have not advanced significantly partly due to the COVID-19 pandemic. However, the thorny issue is that refugees’ relocation is still voluntary, a proposal that displeases Europe’s south.

The sources explained that although some initiatives on the matter may emerge during Slovenia’s EU Presidency, the upcoming German and French elections pose serious challenges to speeding things up.