Turkish defence minister: Greeks ‘will suffer the most damage’ 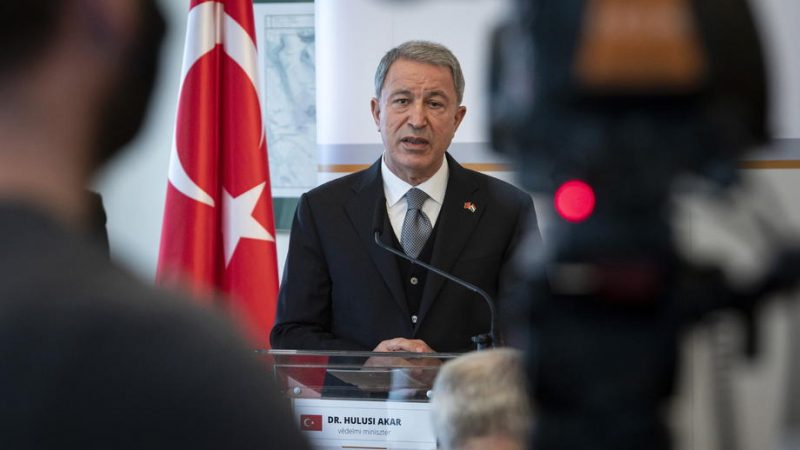 The Greeks “will suffer the most damage” because of the bilateral tensions and attempts to strengthen the Greek army, Turkish Defence Minister Hulusi Akar has said.

“As you know, Greek fighter jets disturbed the Cesme, which is conducting scientific research. Of course, the appropriate response was given by our officials,” said Turkey’s defence minister, adding “that this attitude has nothing to do with good neighbourly relations.” However, Greece officially rejected the accusations of harassing the Cesme hydrographic vessel last week.

The “Blue Homeland” projects have “no aspirations for anyone’s rights, lands, and waters,” reiterated Turkey’s defence minister, accusing Greece of pushing for EU sanctions against Ankara.

However, Greece will not fall into Ankara’s undermining of the exploratory talks, said Foreign Minister Nikos Dendias, reminding that he had proposed a meeting in Athens several weeks ago but was still waiting for Ankara’s response. During an online conference, Dendias said Turkey should realise that the only way to solve bilateral problems is through the respect of International Law.

The exploratory contacts will continue after the end of the Turkish naval exercises. European Council President Charles Michel confirmed that discussions on the Eastern Mediterranean and the EU-Turkish relationship will take place in March.