Tusk: Don’t be naive with Russian and Chinese jabs 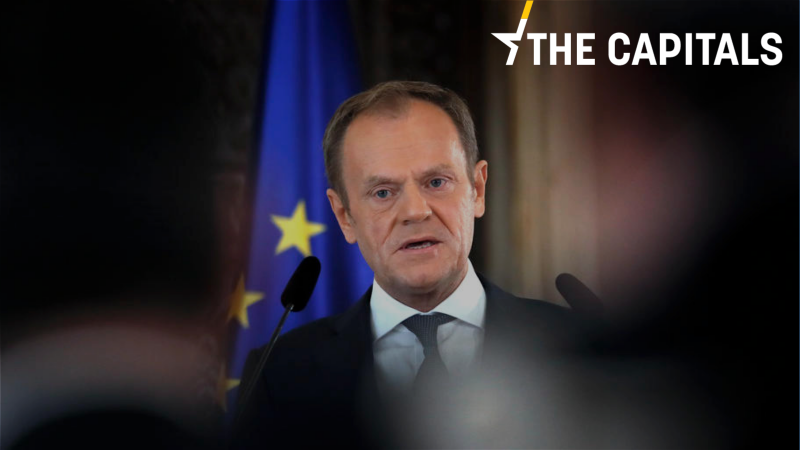 Polish President Andrzej Duda held a phone call on Monday with Chinese President Xi Jinping to discuss the possibility of cooperating on vaccines. However, the call prompted a reaction from Poland’s former prime minister Donald Tusk, the current chief of the centre-right European People’s Party (EPP), who called on Poles and Europeans not to be “naive” about the intentions of Moscow and Beijing.

Meanwhile, the first batch of 200,000 Russian Sputnik V vaccines arrived in Slovakia on Monday afternoon, welcomed at the Košice airport by Prime Minister Igor Matovič, who apparently did not consult his coalition partners.

“At the request of Prime Minister Mateusz Morawiecki, the President of the Republic of Poland also raised the issues of Polish-Chinese cooperation in the fight against the coronavirus pandemic, including the possibility of Poland purchasing vaccines produced in China,” according to a communiqué from the president’s office published after Duda’s call with his Chinese counterpart.

Tusk commented that “China and Russia want to enter with their vaccine and for political reasons, to somehow undermine the reputation of the European Union and Europe as such, but also to fight for markets in the future.” Tusk is not convinced Poles would be willing to accept the Chinese vaccine knowing that no one has tested its effectiveness.

A  majority of 55.6% would “definitely not” use Chinese nor Russian vaccines even if that would mean a quicker vaccination, according to the latest study conducted by the United Surveys for the Polish Radio RMF FM.

However, there is no discussion whatsoever in Poland about taking the Russian jab.

In Slovakia, the first batch of 200,000 Russian Sputnik V vaccines arrived on Monday afternoon, to the displeasure of junior partners in the ruling coalition.

While Slovakia is set to receive another 400,000 doses of the vaccine in March, it should have two million Sputnik V vaccines by June, according to the agreement signed with Moscow.

With the Russian supplies, the vaccination rate could be accelerated by 40%, said the prime minister, adding that since two doses of the Sputnik vaccine cost Slovakia about €17, this would make the Russian jab far cheaper than its competitors, Pfizer and Moderna.

The vaccines, which have not yet been approved by the European Medicines Agency (EMA), will only be administered to citizens after having passed the national control system, at the earliest in two weeks. Recipients of the vaccine will need to sign an affidavit, confirming awareness that the vaccine is not registered in the EU.

However, two coalition partners of the four-party government have already expressed their disagreement with the idea of offering the unregistered jabs. “Vaccinating citizens with an unregistered vaccine, for which the European Medicines Agency has not properly verified its safety and efficacy, is neither correct nor safe,” said Deputy PM and leader of the junior coalition party For the People, Veronika Remišová.

Only a week ago, Remišová said she had used her veto in government, refusing to allow further negotiations with Moscow, after which an MP in her party, Tomáš Valášek, who is the head of the Council of the EU Affairs in the National Council, resigned from his post.

According to Foreign Minister Ivan Korčok, representing another junior coalition party, the liberal SaS, the PM made “an inappropriate” appearance by welcoming Slovak cargo military planes, which brought the Russian vaccine.

Slovakia has only recently approved its new security strategy, supervised by the MFA, in which Russia was identified as one of the major threats. (Lucia Yar | EURACTIV.sk, Joanna Jakubowska | EURACTIV.pl)