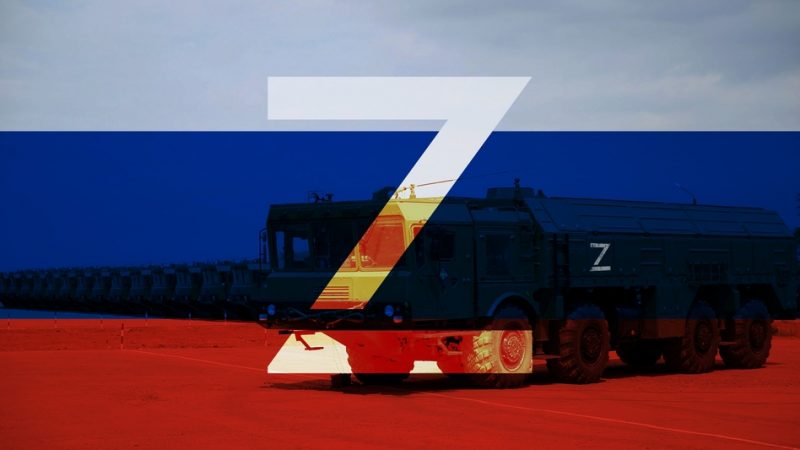 The states say that wearing or showing the symbol signals support for Russia’s war of aggression and thus constitutes approval of criminal activities. [Shutterstock/Fly Of Swallow Studio]

The ‘Z’ symbol used by Russia in the war against Ukraine is banned by two of Germany’s federal states, and more could soon follow as calls to extend the ban to other regions pile up.

Bavaria and Lower Saxony, two of the most populated German regions, have outlawed the public use of the Russian symbol. Anyone showing the symbol publicly or at demonstrations can now face up to three years in prison or a fine.

The states say that wearing or showing the symbol signals support for Russia’s war of aggression and thus constitutes approval of criminal activities.

“We do not accept any endorsement of crimes that violate international law,” Bavarian Justice Minister Georg Eisenreich has said.

The symbol is being used to mark tanks and other Russian army equipment. It has also appeared in Russian public spaces to support Putin’s war.

Parliamentary groups in three other regions have also called for the letter to be banned.

In both Baden-Wurttemberg and Saxony-Anhalt, the Social Democratic opposition has called on the regional governments to outlaw the symbol. Meanwhile, in North Rhine-Westphalia, calls for a ban come from the ranks of the governing conservative party.

“The letter is a declaration of war to liberal democracy,” CDU parliamentary vice-chief Daniel Sieveke told the German press agency at the weekend. Sieveke likened the letter to other banned “anti-constitutional symbols.”

Germany has strict laws banning the use of a wide range of symbols associated with the Nazi regime.