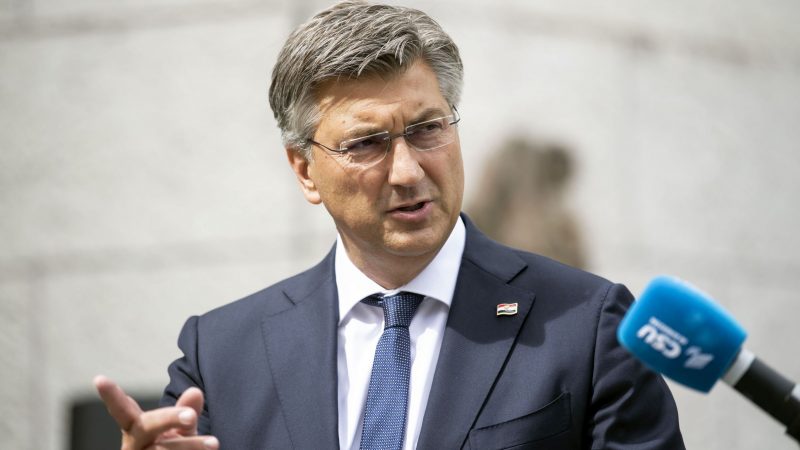 The prime minister was referring to Matko Raos, an envoy of the ministry of veterans’ affairs, who on Sunday said that “today’s Croatia would not exist had it not been for 10 April 1941”, referring to the date on which the Nazi-allied Independent State of Croatia (NDH) was proclaimed.  [EPA-EFE/LUKAS BARTH-TUTTAS]

Two men were taken to court for posting insulting comments below an article on a local news portal announcing a visit by Prime Minister Andrej Plenković to the coastal city of Zadar, local police said on 20 January. According to media reports, one of them wrote on Facebook that the prime minister “and his toadies should be welcomed with rotten eggs”.

Mladen Ćustić, who wrote the comment about “rotten eggs”, was taken in for investigation by police the following day.

On Monday, Ćustić told his story to local media Zadarski.hr.

Last Friday (21 January), the Zadar City Police Department launched an investigation into two men, aged 71 and 49, for breaching Article 17 of the Misdemeanour Act related to an offence against the peace and public order. After the investigation, both men were taken to the Zadar Municipal Court on 21 January.

According to GLAS, the liberal party in opposition, the Plenković cabinet was using “the obscure law on misdemeanours against public order and peace” and “harassing citizens”.

“In a democratic society, it’s unacceptable for the police to arrest citizens for publicly uttering or writing a criticism of the authorities, even when that criticism insults or belittles politicians, including the highest state officials,” the NGO House of Human Rights Zagreb said.

The NGO accused the Zadar police department of ignoring the European Convention on Human Rights, which protects the right to freedom of expression.