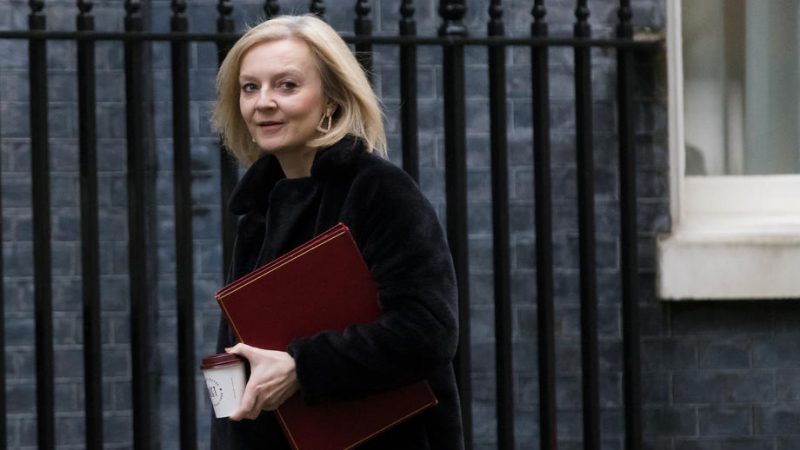 Truss told the BBC on Sunday that “I do support that, and of course, that is something that people can make their own decisions about.” [EPA-EFE/VICKIE FLORES]

European Commission Vice President Maroš Šefčovič will be wined and dined on Thursday evening with Scottish smoked salmon, Welsh lamb and Kent apple pie, when he meets Foreign Secretary Liz Truss at her official country residence for two days of talks on the Northern Ireland protocol.

Truss, who took over responsibility for post–Brexit relations with the EU following the resignation in December of David Frost, is bullish about the prospects of a compromise finally being reached on the protocol.

“There is a deal to be done that protects peace in Northern Ireland, defends our Union, and maintains the integrity of the United Kingdom and EU. But it will require a pragmatic approach from the EU,” said Truss in a statement on Thursday.

“I will be putting forward practical, reasonable solutions starting from these fundamental principles, with a view to agreeing on a plan for intensive negotiations,” she added.

UK officials have indicated that Truss will make an announcement on the protocol on Friday, with speculation that she will accept the proposals from the EU last month to assist the free flow of medicines from Great Britain into Northern Ireland.

“The EU has a clear responsibility to help fix the myriad problems caused by the Protocol and protects the Belfast (Good Friday) Agreement. As fellow believers in liberty and democracy, we should be capable of reaching an agreement that delivers for Northern Ireland and allows us to unleash the full potential of our relationship,” Truss added.