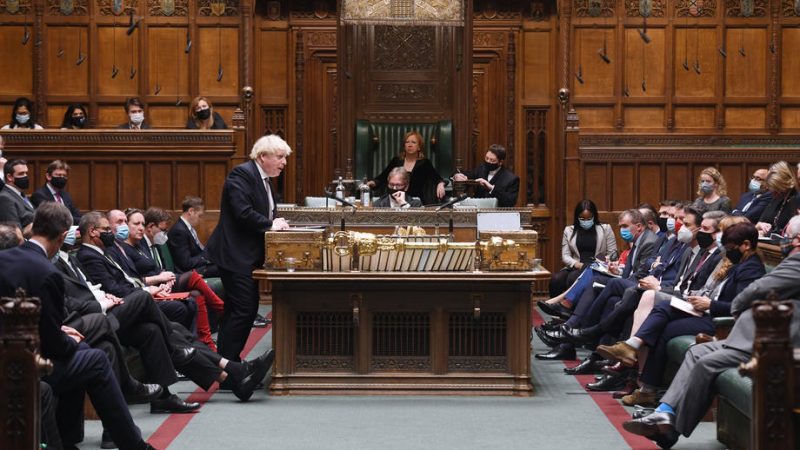 UK MPs are set to be banned from having second jobs as paid consultants. [EPA-EFE /UK PARLIAMENT / JESSICA TAYLOR]

UK MPs are set to be banned from having second jobs as paid consultants as Prime Minister Boris Johnson’s Conservative government continues to wrestle with the fallout from a lobbying scandal.

After the opposition Labour party proposed a ban on all outside employment apart from ‘public service’ jobs like part-time doctors or nurses, Johnson on Tuesday evening announced support for a ban on consultancy to prevent lawmakers from “exploiting their position” to boost their £81,932 MP’s salary.

The row over second jobs has emerged over the Conservative government’s handling of Owen Paterson, a Tory MP. The UK Parliament’s Standards regulator found that he had corruptly lobbied government officials on behalf of two companies that paid him a combined £110,000 per year. Initially, the Conservatives sought to overrule the regulator and establish a new committee on parliamentary standards before making a U-turn after public backlash.

Johnson’s party has already taken a 5% hit in opinion polls within the last month.

Ironically, Johnson took a hefty pay cut when he became Prime Minister in 2019 have previously supplemented his MPs wage by around £500,000 per year from giving speeches and writing newspaper columns.