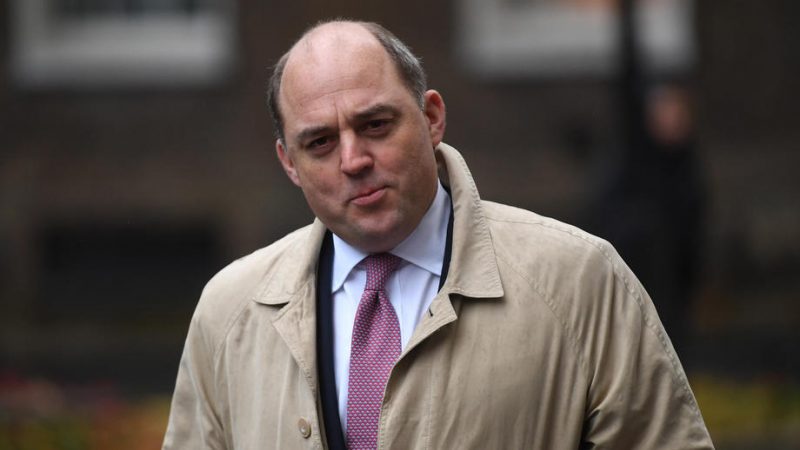 “If Poland chose to do that, we would support them,” Wallace said. The UK would “stand by any country who makes that choice” and would “defend their right to do it,” he added. [EPA-EFE/NEIL HALL]

Defence Minister Ben Wallace has promised that the UK will help Poland if it decides to deliver Soviet fighter jets to Ukraine, The Guardian reports.

Poland was already preparing to transfer 28 MiG-29 jets familiar to Ukraine’s pilots in March via the US, but it collapsed after Washington’s concerns, the UK daily reported.  Although Kyiv continued to call for more airpower, the idea has not been revived until now.

“If Poland chose to do that, we would support them,” Wallace said. The UK would “stand by any country who makes that choice” and would “defend their right to do it,” he added.

Wallace clarified that the UK “would be willing to backfill – lend airpower to make good any shortfall.” Last month, the country agreed to deliver two additional Typhoon jets to Romania as part of a Black Sea air policing mission.

In March, US Secretary of State Antony Blinken suggested that Washington would consider supporting Poland with additional jets should it send its jets to Ukraine, Polish RMF FM radio pointed out.

Poland responded, saying it was ready to send its MIG-29 jets to the Ramstein Air Base so that the US administration has them at its disposal, but asked the US for jets of similar operational capabilities in return. However, Washington rejected the offer for the fear that such a move could dangerously escalate the situation.

So far, NATO countries have been unwilling to send Ukraine their jets, given that the Alliance has agreed it does not want to enforce a no-fly zone or go to war with Russia. However, in the last month, the West has stepped up its weapon deliveries to Ukraine.

Wallace also said he and Prime Minister Boris Johnson would do everything to satisfy Ukraine’s military needs but admitted that airpower remains a topic of discussion in the West, and no consensus has been reached yet.