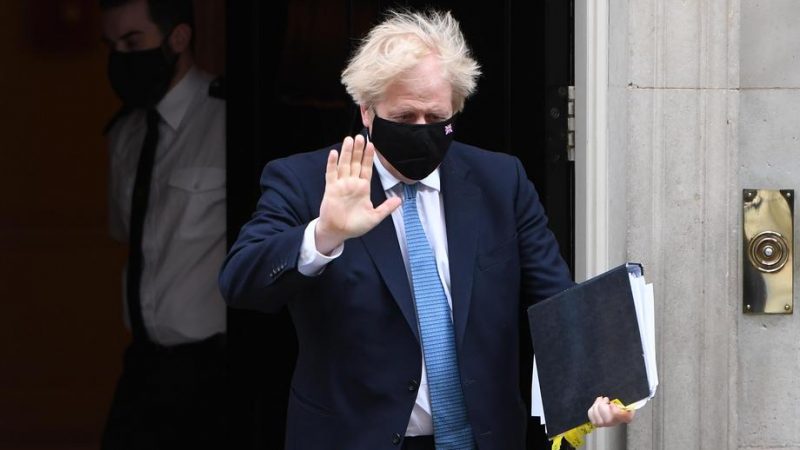 The UK PM’s apology came after the announcement of the Ballymurphy inquest verdict, that ten civilians shot dead by the British Army in the largely Catholic area of Belfast in 1971 were all innocent. [EPA-EFE/NEIL HALL]

UK Prime Minister Boris Johnson has “apologised unreservedly on behalf of the UK government for the events that took place in Ballymurphy” on a call with Northern Ireland’s First Minister Arlene Foster and Deputy First Minister Michelle O’Neill on Wednesday, newspaper Irish Times has reported.

The prime minister apologised unreservedly on behalf of the UK government for the events that took place in Ballymurphy and the huge anguish that the lengthy pursuit of truth has caused the families of those killed.

“The prime minister […] stressed the importance of working hard to keep the gains made through the Belfast/Good Friday Agreement and of all parties doing their utmost to help the victims’ families find out what happened to their loved ones so that future generations are not burdened by the past,” the spokesman added.  (Paula Kenny | EURACTIV.com)