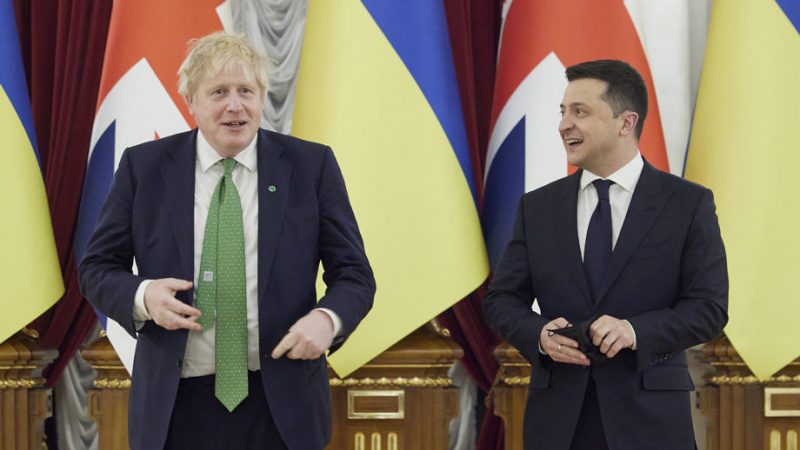 Ukraine, Poland, and the UK are working to form a trilateral alliance, the leaders of the three countries announced as the Polish and British prime ministers visited Kyiv on Tuesday.

Ukrainian Foreign Minister Dmytro Kuleba stressed the alliance is of great significance for the country. “We cannot expect safety and prosperity somewhere in the future when we become members of the EU and NATO. We need them today,” he said on Facebook.

He added that this was a “new format not tied to local geography,” but to “common principles,” striving to strengthen security, develop trade, and is “ready for concrete action.”

Morawiecki said that the new format would benefit not only Ukraine but also the other two parties. “The main value is, of course, security in the region. Thanks to security, economic life, trade, and culture can develop. So, we are all interested in this, and such cooperation is a struggle for security in the region,” said the prime minister during a press conference with his Ukrainian counterpart Denys Shmyhal.

“This is a moment in which all of Europe and the Western world must unite around the cause of the sovereignty, independence and territorial integrity of Ukraine,” said Morawiecki, who vowed Poland would assist Ukraine by sending gas, weapons and humanitarian and economic aid.

“Living close to a neighbour like Russia, we have the feeling of living at the foot of a volcano,” the Polish PM added.

The trilateral alliance with the UK will be another format of cooperation between Ukraine and Poland, as the two countries already cooperate in the framework of the new “Lublin Triangle,” a regional alliance including Poland, Ukraine and Lithuania, established in 2020.