Ukrainian refugees could cost Denmark over €268 million in 2022 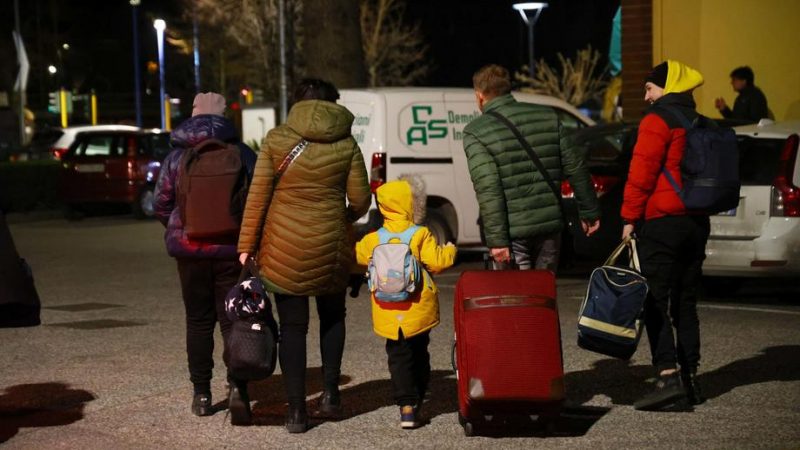 Saying that the main objective is to “save lives” and make those who come from Ukraine feel happy, she recalled that it is necessary that those who arrive learn the language, attend a school or have a job.  [EPA-EFE/FILIPPO VENEZIA]

These figures were presented in an estimate for a special law on Ukrainian refugees, expected this week.

The Danish immigration and integration ministry has calculated that 20,000 Ukrainians will flee to Denmark, although they wrote that the figure remains uncertain at that stage.

The number of refugees will probably be higher, declared Christian Albrekt Larsen, a researcher on refugee flows and a professor at Aalborg University to Danske Radio.

“My guess is that it will cost more than they expect here. We can expect a larger flow of refugees than from previous conflicts”, he said.

Larsen pointed out that more than 30,000 asylum seekers arrived in Denmark during the wars in Bosnia and Syria, as well as family reunifications.

One of the reasons he expects more refugees is that the special law currently being debated in the Danish parliament will grant easier access to Denmark and better conditions to Ukrainian refugees than refugees from previous conflicts.

Furthermore, around 14,000 Ukrainians were already living in Denmark before the war, and refugees often seek out friends and family members.

However, it is difficult to predict how many refugees will arrive, stressed Larsen, who added that since men are staying in Ukraine to fight the Russians, “this could mean that we have a migration back to Ukraine if there is peace in the near future”.