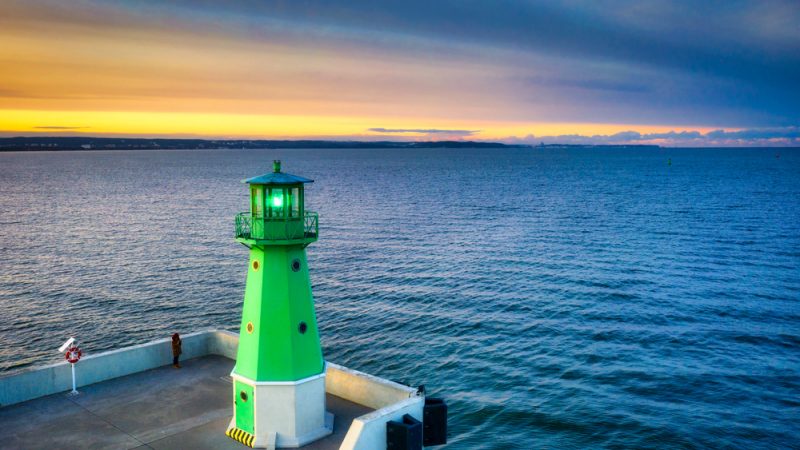 The Baltic Marine Environment Protection Commission – also known as the Helsinki Commission (HELCOM) – currently chaired by Germany, suspended its meetings a week after the Russian invasion on 24 February. [Shutterstock/Patryk Kosmider]

The Baltic Sea has faced grave environmental consequences following the war in Ukraine.

The Baltic Marine Environment Protection Commission – also known as the Helsinki Commission (HELCOM) – currently chaired by Germany, suspended its meetings a week after the Russian invasion on 24 February.

The situation has paralysed the work of the intergovernmental organisation launched in 1974 by Denmark, Estonia, Finland, Germany, Latvia, Lithuania, Poland, Russia, Sweden, and the European Union.

According to Hannele Pokka, an environmental professor at the Faculty of Biological and Environmental Sciences at the Helsinki University, there can be no return to former cooperation.

“It would not be possible with a country attacking its neighbour and killing people – at least not as long as Putin remains in power,” he told Helsingin Sanomat in an interview on Thursday (26 May).

Over the years, there have been accomplishments, most notably wastewater treatment plants in St Petersburg and Kaliningrad. Still, due to sanctions, the maintenance and modernisation of old infrastructures are at risk.

Meanwhile, the John Nurminen Foundation, founded in 1992 with a mission to save the Baltic Sea, said that it is halting projects in Russia, Belarus, and Ukraine.

Launched in 2016 and funded by the city of Lviv, the European Bank for Reconstruction and Development, the Nordic Environment Finance Corporation and the European energy fund, plans for a biogas plant in Lviv aimed at removing phosphorus from the wastewaters have also been put on hold.