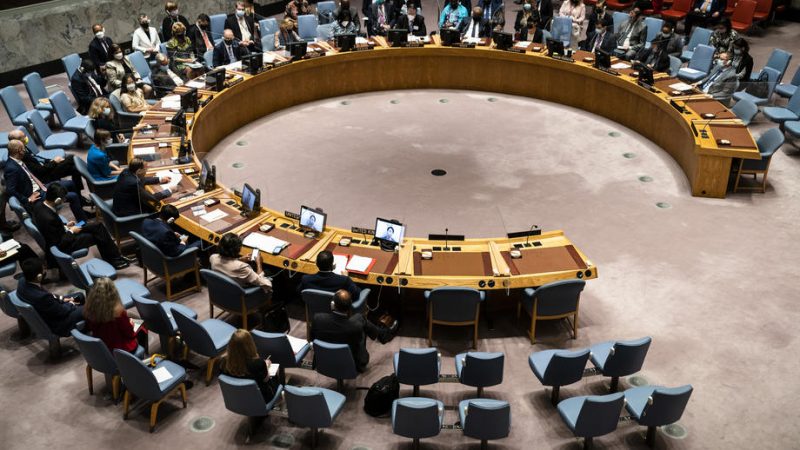 The session of the UN Security Council on the situation in BiH initially set for Tuesday (2 November) has been postponed to an unconfirmed date. [EPA-EFE / JOHN MINCHILLO]

The session of the UN Security Council on the situation in BiH initially set for Tuesday (2 November) has been postponed to an unconfirmed date, according to unofficial sources.

It is believed the issue centres around Russia, which disputes the legality of High Representative Christian Schmidt’s appointment and does not recognise him.

High Representative Schmidt was planning to warn the UN Security Council that the situation in BiH is becoming dangerously complicated and that the tripartite Presidency’s Serb member Milorad Dodik poses a threat to peace and stability in BiH and the whole region.

He warned the Security Council of the danger of Dodik’s intention to jeopardise the functioning of the BiH armed forces, which were established under the 2005 Defence Act.

Dodik wants to pull RS out of the constitutional order established under the Dayton agreement. Schmidt says in the report, warning that such steps would mean the secession of RS from BiH without formally declaring it.

Sven Alkalaj, BiH ambassador at UN, for N1, said it is still unclear whether Schmidt will present his report since Russia and China do not accept his mandate.

Among the top topics of the session is the extension of the mandate of the EUFOR mission, which is the European Union military deployment in BiH.

Schmidt’s office has not yet made his report available on its website. Still, the media in BiH carried some parts of it, showing that he believes the situation in the country has become increasingly unstable.

BiH is faced with the biggest threat to its survival since the war, Schmidt says in the leaked report, adding that the Republika Srpska (RS, Serb entity) authorities, led by Dodik, pose a constant and serious threat to the Dayton agreement.

US and EU diplomats Matthew Palmer and Angelina Eichhorst will pay another visit to BiH around the middle of November, and Gabriel Escobar, the special US envoy for Western Balkans, will arrive on Sunday.