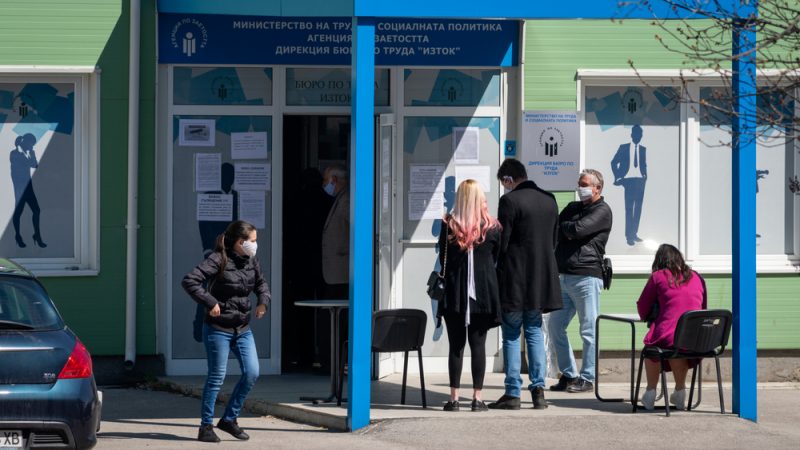 Bulgaria had an unemployment rate of 6.7% in December, the lowest registered rate since the end of the state of emergency on 13 May 2020. In other words, there were 220,292  registered unemployed people at the end of 2020. [Shutterstock/youngoggo]

Unemployment in Bulgaria maintained its level in December despite restrictions imposed by the government to contain the pandemic, as the country recorded a meagre 0.8% rise in unemployment compared to  December 2019.

Bulgaria had an unemployment rate of 6.7% in December, the lowest registered rate since the end of the state of emergency on 13 May 2020. In other words, there were 220,292  registered unemployed people at the end of 2020.

Meanwhile, the government has implemented anti-crisis measures for short-term employment support, through which it pays 60% of wages in the affected sectors.

Money from the European operational programme “Human Resources Development” is also used for this purpose, which has ensured the employment of more than 300,000 people until the end of last year. Bulgaria has also compensated people on forced unpaid leave, providing a guaranteed minimum income to 14,544 workers in 3,100 companies.

The country’s annual inflation for last year was 1.7%, with the most significant increase being in the prices of bread (3.9%) and some vegetables. However, the prices decreased by 5% for car insurance, 2% for clothing, 1.6% for second-hand cars, and 1.3% for furniture.