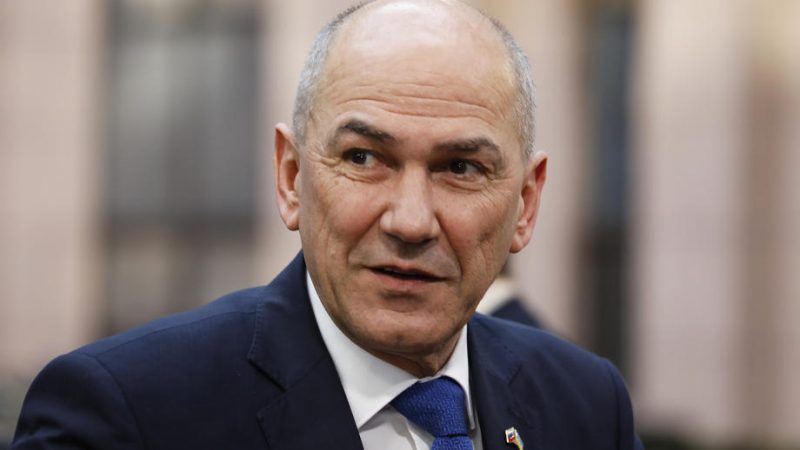 The party of Slovenia’s outgoing Prime Minister Janez Janša has thrown sand in the works of the emerging left-liberal government by initiating a referendum that will postpone a wholesale reform of cabinet departments sought by Robert Golob, the presumptive new prime minister. [EPA-EFE/JULIEN WARNAND]

The party of Slovenia’s outgoing Prime Minister Janez Janša has thrown sand in the works of the emerging left-liberal government by initiating a referendum that will postpone a wholesale reform of cabinet departments sought by Robert Golob, the presumptive new prime minister.

The parties in the incoming coalition wanted to increase the number of cabinet positions from 16 to 20 and change their remit.

However, at a parliamentary session on Wednesday (18 May) that was supposed to rubber-stamp changes to the act governing the composition of government departments, the Democrats (SDS) tabled a motion for a referendum that will delay the plan by at least a month, bowing to parliamentary rules of procedure even though the referendum will not be held since the motion would need to be confirmed by a majority of MPs.

SDS faction leader Danijel Krivec said the referendum motion would give the government “more time to reconsider,” arguing that “the number and composition of ministries are based on the interests of parties and individuals in the future coalition.”

If the incoming government were to wait for the month to pass, it would extend the term of Janša’s government, which is why it now plans to appoint ministers under the current legislation and then change the law as soon as it can, according to Golob who wants to have the new government in office by early June.

“We will indeed take a somewhat different route, but we’re going to go just as fast,” said Golob.

“We won’t miss a single day, despite the endless creativity of the ‘constructive opposition’,” he also said about SDS’ assertions that it will play a constructive role in opposition.

SDS’ move comes after it already upended the new government’s plans to immediately reform the law governing public broadcaster RTV Slovenija in line with pledges made during the campaign.

At the opening of parliament last week, the party tabled two sets of amendments to the RTV Slovenija law, leveraging a provision in the rules of procedure that require parliament to examine bills chronologically.

“The current opposition is misbehaving and is already showing the modus operandi it has been displaying for four years. We find this unacceptable. They are probably showing they are not happy with the election result, but sooner or later they will have to accept it,” said Jani Prednik, an MP for the Social Democrats, one of the partners in the future coalition.