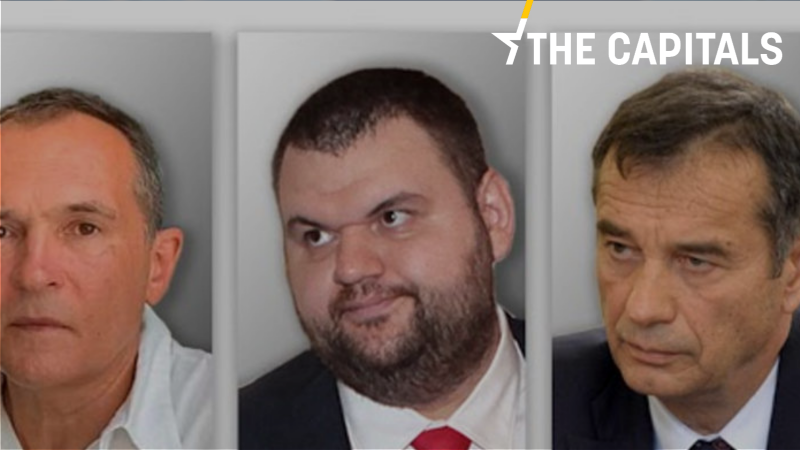 The move was part of the largest Global Magnitsky action taken in a single day, targeting more than 65 individuals and entities for their significant acts of corruption in Bulgaria, the US Treasury Department has announced.

Bozhkov has allegedly bribed government officials on several occasions. These officials include a current political leader and the former chairman of the now-abolished State Commission on Gambling, the US announced.

Peevski is an oligarch who previously served as a Bulgarian MP and media mogul and has regularly engaged in corruption, using influence peddling and bribes to protect himself from public scrutiny and exert control over key institutions and sectors in Bulgarian society, according to the US Treasury.

Reportedly, Peevski used Zhelyazkov to conduct a bribery scheme involving Bulgarian residency documents for foreign persons, as well as to bribe government officials through various means in exchange for their information and loyalty, the US claimed.

Meanwhile, the US State Department announced the public designation of former Bulgarian public officials Peevski, Zhelyazkov, as well as Alexander Manolev, Petar Haralampiev and Krasimir Tomov due to their alleged involvement in significant corruption, rendering them and their immediate families ineligible for entry into the US.

Haralampiev was the head of the State Agency for Bulgarians Abroad involved in the “passports-for-bribes” schemes.

While this news was announced by the US authorities, hundreds of Bulgarians were protesting in front of the Palace of Justice in the capital of Sofia, calling for the resignation of Chief Prosecutor Ivan Geshev.

The protests were provoked after caretaker Interior Minister Boyko Rashkov announced the investigation of Boyko Borissov’s former government, as well as the the data of nearly 80 opposition politicians who were reportedly wiretapped when Borissov was in power. According to analysts, Geshev is in a very difficult position, because his power base involved both Borissov and Peevski.

The developments will loom large in the campaign for the 11 July snap election. Bozhkov, who hides from justice in Dubai, has launched “Bulgarian summer”, a political party that got 2.95% of the vote in the 4 April election, close to pass the 4% barrier to be represented in parliament. Peevski has been for many years a politician from the mostly ethnic Turkish party ‘Movement of Rights and Freedoms”, which is likely to suffer from the developments.

Four Bulgarian well-known analysts, Dimitar Bechev, Ognyan Minchev, Evgeniy Daynov and Petar Cholakov assessed the actions of the United States as “a strike against the mafia in Bulgaria” and a blow for the Prosecutor General.

Hristo Ivanov, leader of Democratic Bulgaria, a centre-right anti-Borissov force that obtained 9.45% at the last elections, called the US sanctions “a big and timely present for Bulgaria”. (EURACTIV.bg)