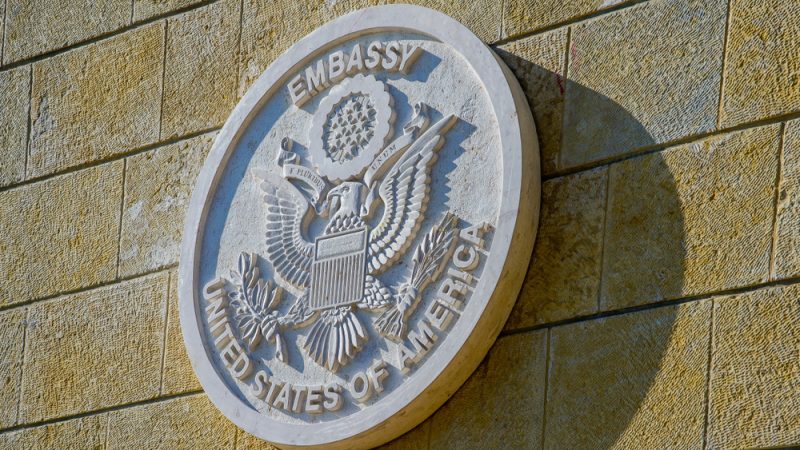 The embassy also called out the SDA, the biggest Bosniak party, saying that its decision to “abuse the House of Peoples quorum requirements to block discussion, was also inconsistent with the principle of functional, democratic institutions.” [Shutterstock/John Theodor]

The US Embassy has condemned the actions of three political parties in the House of Peoples of the BiH parliament on Tuesday, calling them a “collective failure” in fulfilling “their constitutional responsibilities”.

“HDZ BiH (the biggest Croat party) with SNSD (the biggest Serb party) support inappropriately used the emergency procedure to submit take it or leave it electoral reform proposals that had already been determined to contradict EU legal and human rights standards,” the embassy said.

This includes political party ownership of electoral mandates, a two-list model for the BiH Presidency that would constitute further ethnic division, and other regressive elements,” it added.

The embassy also called out the SDA, the biggest Bosniak party, saying that its decision to “abuse the House of Peoples quorum requirements to block discussion, was also inconsistent with the principle of functional, democratic institutions.”

“Disagreements should be resolved through debate and votes, not boycotts. Obstructing and boycotting state-level institutions are destabilising anti-Dayton behaviours, regardless of who does it,” the embassy also said.

Bakir Izetbegovic, the SDA leader and member of the House of Peoples, warned that the situation with the Election Law would become more complicated if such a law were adopted, adding that it would be adopted with the votes of HDZ BiH and SNSD.

The US Embassy condemned the steps taken by all three political parties.

“Rather than recycling failed, maximalist proposals and obstructing the work of institutions, political parties should focus on achievable reforms and action to strengthen BiH’s democratic institutions,” the embassy said. (Željko Trkanjec | EURACTIV.hr)

Neutrality not an option for BiH after Russia’s Ukraine aggression. Countries like Bosnia and Herzegovina must step up their NATO membership journey as it is the only way to guarantee security, Lieutenant General Senad Mašović, the chairman of the BiH Armed Forces Joint Chiefs of Staff, told the Nezavisne Novine daily in an interview on Tuesday (26 April), adding that military neutrality has become untenable since Russia’s aggression against Ukraine.

However, the Serb part of the country strongly opposes NATO membership for BiH.