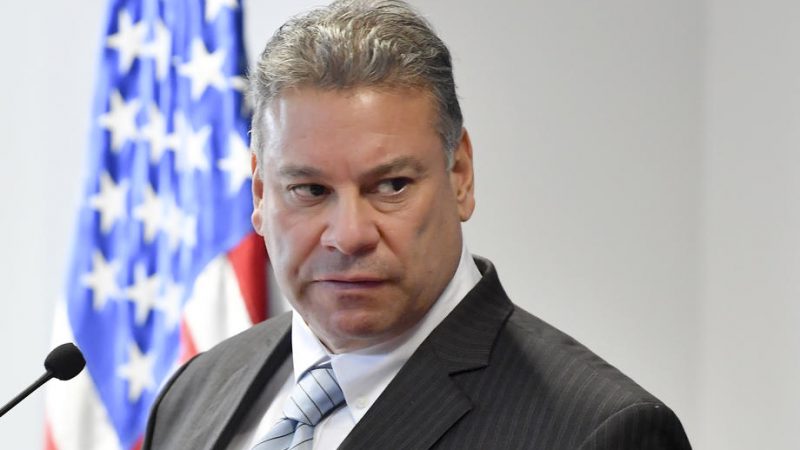 Those who “engage in corrupt, destabilising or anti-democratic behaviour” in the Western Balkans region will face the “consequences”, Gabriel Escobar, the US special envoy said. [EPA-EFE/GEORGI LICOVSKI]

Those who “engage in corrupt, destabilising or anti-democratic behaviour” in the Western Balkans region will face the “consequences”, Gabriel Escobar, the US special envoy for the region said at the US Senate Foreign Relations Subcommittee on Europe and Regional Security Cooperation meeting.

The ongoing political crisis and endemic corruption in BiH are the biggest problems that hurt the country’s citizens and jeopardise regional stability, he added.

Escobar began his testimony by saying that “a Europe free, whole, prosperous, and at peace” remains a vital interest of US policy.

“The Western Balkans is central to this vision, although its potential remains unfulfilled. The Biden Administration recognises this challenge and remains committed to this region” Escobar said, adding that the longstanding US diplomatic engagement supports the full integration of the region into Euro-Atlantic structures and N1 reports.

“We continue to make clear to all BiH leaders that de-escalation of rhetoric and the resolution of differences through established constitutional processes are the only viable paths to a democratic, European future”, Escobar emphasised.

“We stress to our EU partners the importance of keeping Europe’s doors open, as this is the most important incentive generating political will for critical but sometimes-difficult reforms,” he said.

“Conversely, our warning to actors in the region who engage in corrupt, destabilising, or anti-democratic behaviour is clear: there will be consequences,” he stressed.

“The United States will continue to use all available tools to hold accountable those who block the region’s progress for their own financial or political gain,” Escobar also said.

Continued leadership from the US, including in the Senate, remains essential to completing the transformation of the Western Balkans into stronger allies, Transatlantic partners and contributors to global peace and prosperity, he added.