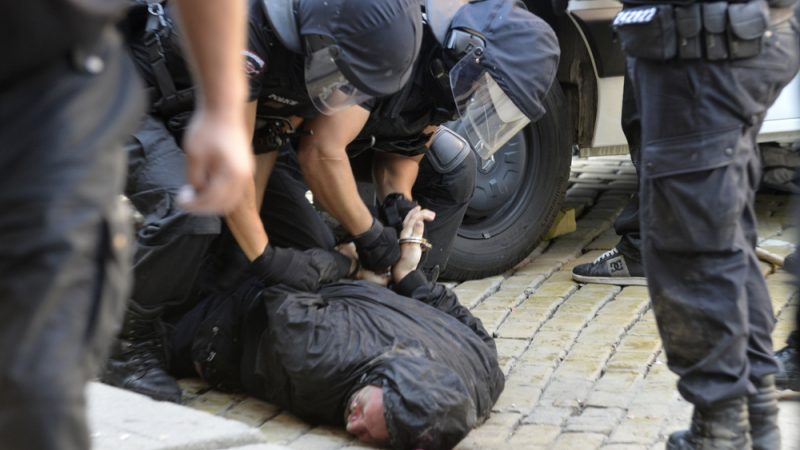 After Kenarov was beaten in September the country’s interior ministry launched an internal investigation, which grew into a prosecutorial pre-investigation. Ultimately, however, au but eventually the authorities refused to sanction police violence. [Shutterstock/Circlephoto]

US Ambassador in Sofia, Hero Mustafa expressed support for the Bulgarian freelance journalist Dimiter Kenarov, who was severely beaten by police officers while covering the anti-government protest in Bulgaria’s capital last September.

“Ambassador Mustafa met with journalist Dimiter Kenarov to reiterate America’s support for a free and independent media as a crucial part of a functioning democracy. The US Embassy applauds and supports Bulgaria’s journalists – thank you for all you do”, the US Embassy said in a statement.

“We support the Bulgarian people in their efforts to increase confidence in the democratic system and promote the rule of law in Bulgaria. No one is above the law,” the Embassy added.

After Kenarov was beaten in September the country’s interior ministry launched an internal investigation.

The US ambassador met with Kenarov in person after the prosecutor’s office refused to open its own investigation based on arguments which Reporters Without Borders (RSF) compared to George Orwell’s novel 1984. RSF has already said they will inform the European Commission and the Council of Europe about the case and the subsequent ineffective investigation.