US in diplomatic offensive to win over Serbia 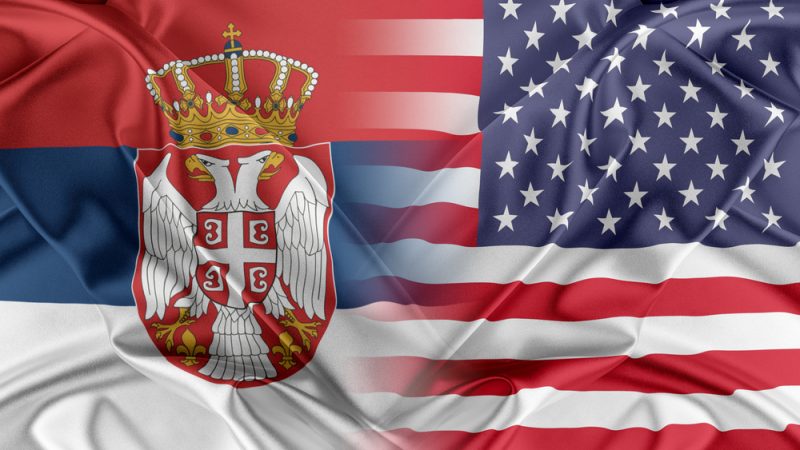 The US “strongly favours” the integration of the entire Western Balkans with the EU, said Donfried, reiterating that this is a US foreign policy priority in the region. [Shutterstock/Den Rozhnovsky]

Serbia’s attitude towards the Ukraine war, the Belgrade-Priština dialogue, EU integration and bilateral relations were discussed at the meeting between Serbian President Aleksandar Vučić and US Assistant Secretary of State for European and Eurasian Affairs Karen Donfried in Belgrade, Vučić’s office said in a release.

Vučić and Donfried discussed the diversification of energy sources in Serbia and the Western Balkans and current geopolitical issues.

The Serbian side “has met all of its obligations, while Pristina is stubbornly trying to avoid its obligations”, said Vučić, adding that “nine years after the Brussels’ agreement and implementation plan were signed the creation of a Community of Serb Municipalities” has still not been launched.

The US “strongly favours” the integration of the entire Western Balkans with the EU, said Donfried, reiterating that this is a US foreign policy priority in the region. Hailing the Open Balkan initiative and Serbia’s intention to place economic issues in the focus of regional cooperation, Donfried said the initiative posed a chance to promote the region’s investment potential even more.

The meeting was attended by Special Representative for the Western Balkans Deputy Assistant Secretary of State for European and Eurasian Affairs Gabriel Escobar and US Ambassador to Serbia, Christopher Hill.

Serbia will continue on its European path while maintaining friendly relations with Russia, Vučić told Leonid Slutsky, chair of the Duma’s international committee, on Tuesday (26 April).

“Vučić stated that Serbia will continue on its European path while preserving friendly relations with Russia,” the statement from Vučić’s cabinet reads.

At the meeting, the two leaders also discussed further development of Serbian-Russian bilateral relations, including in the energy sphere, with the expectation that gas supply terms would be agreed upon soon, the statement also wrote.