US-UK trade deal ‘not a priority for US administration’ 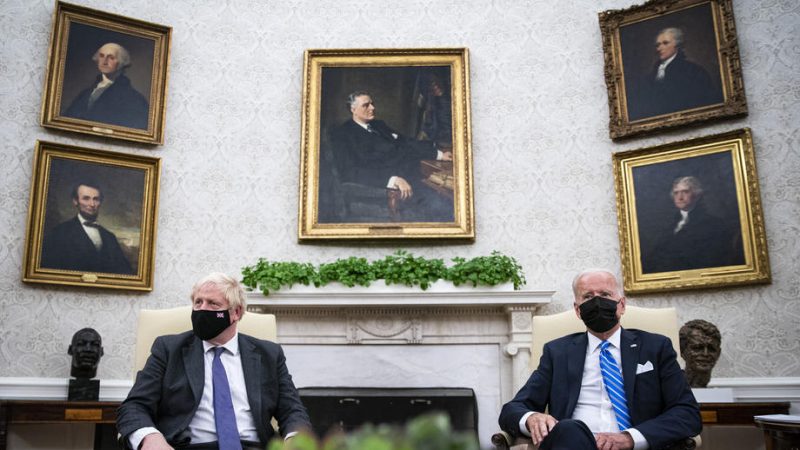 A transatlantic trade deal had been earmarked as one of Boris Johnson’s priorities as the UK seeks to carve out a series of post-Brexit trade deals. [EPA-EFE/ AI Drago]

A US–UK trade deal appears to have been put on the back burner after US President Joe Biden played down the chances of an agreement following talks with Prime Minister Boris Johnson on Wednesday.

“We’re going to have to work that through,” commented Biden.

A transatlantic trade deal had been earmarked as one of Boris Johnson’s priorities as the UK seeks to carve out a series of post-Brexit trade deals and talks had moved ahead under Donald Trump’s presidency.

“We still very much hope to be able to put together an agreement with the United States. We are not putting timescales on it,” UK Environment Secretary George Eustice told Sky News.

“It’s just not a priority for the US administration,” he added.

In the meantime, UK officials are considering whether to apply to join the North American free-trade zone encompassing the US, Canada and Mexico.