V4 group not as crucial as political leaders claim 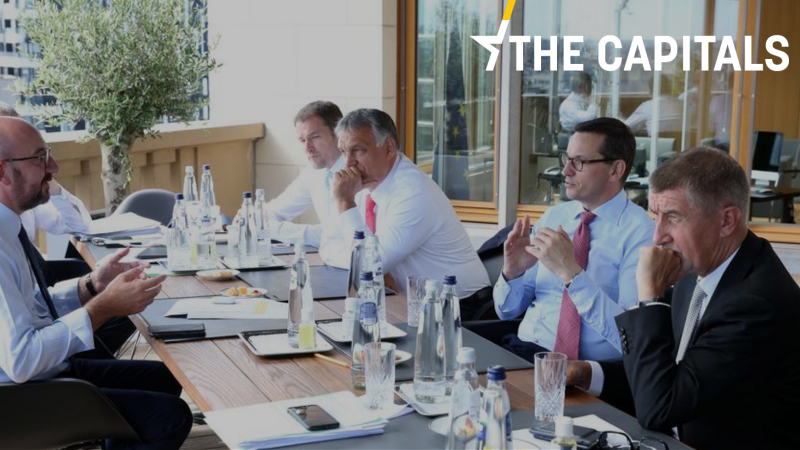 Hungarians were the most pro-V4 respondents, according to a study. [EPA-EFE/FRANCOIS WALSCHAERTS]

Visegrad cooperation is still important but not as crucial as political leaders often claim, a new study based on a survey among Czech, Hungarian, Polish and Slovak foreign and EU policy experts suggests.

According to Pavlína Janebová, the Research Director of the Association for International Affairs (AMO), “Visegrad cooperation is not a vital alliance as it is depicted by some politicians.”

The importance of V4 cooperation is a narrative that has been pushed by outgoing Czech Prime Minister Andrej Babiš, his Hungarian counterpart Viktor Orbán and Polish PM Mateusz Morawiecki.

“I do not understand why anybody criticises the V4. This four-country block played a major role in fighting against illegal migration. V4 is important, and they are our biggest partners when it comes to export, import, and there are also historical relations,” said Babiš ahead of last week’s V4 summit in Budapest.

“It would be a shame if the bloc broke up.  I hope that the next Prime Minister will realise how the bloc is important,” Babiš added.

However, the V4’s foreign policy professionals point out that the countries’ closest allies are often out of the V4 bloc.

The survey was conducted between June and August 2021, and 489 professionals from the Visegrad countries filled the questionnaires. Public officials were the most widely represented, making up 39% of respondents, followed by researchers and analysts (29%), politicians (10%), journalists (8%) and business representatives (4%).

“According to respondents, V4 countries like each other but not exclusively. The quality of mutual relations is mostly assessed as good or very good. The only exception is Czech-Polish relations seen as neutral by Polish respondents,” added Janebová, the study’s co-author. The reason behind this is probably the conflict concerning coal mine Turów.

Hungarians were the most pro-V4 respondents. The study shows that 63% of respondents agree that the V4 members should be the first partners for coalition-building when pursuing their country’s European policy interest. In contrast, only 35% of Czechs (compared to 53% in 2017), 47% of Poles (compared to 54% in 2017) and 50% of Slovaks agree or somewhat agree (69% in 2017) with the statement.

Hungarians (61% of respondents) are also the only group where the majority sees the V4 playing a concerted, influential, and constructive role in the EU. Meanwhile, half of the Czech respondents (52%) consider the V4 a disruptive actor in the EU.

The enlargement of the EU and relations with the EU’s Eastern neighbourhood remain high on the V4‘s agenda. According to the study, most stakeholders in all four countries would welcome the V4 doing more on these matters.

For Poland’s ruling conservative party, the V4’s collapse would be disastrous considering the cold relations with Russia and an escalating conflict with the EU over the rule of law.

Poland’s government denies any crisis within the group, ascribing such speculation to V4’s opponents, who “like to point out our alleged mistakes and misunderstandings.”

Experts believe that the game-changer in the relations within V4 will be the new Czech government. The outcome of the row over Turów, as well as positions on other matters, would largely depend on the composition of the new cabinet.

The foreign ministry is likely to be given to the Pirate Party, which, according to Łukasz Ogrodnik from Polish Institute of International Relations, does not favour regional cooperation such as the Visegrad Group