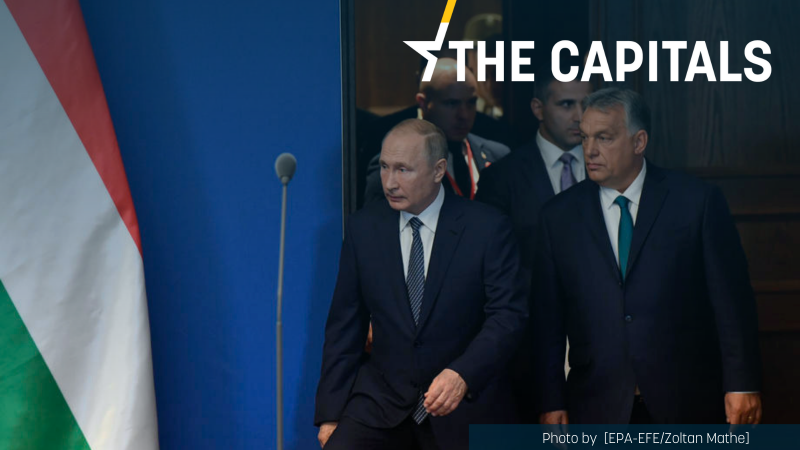 **This article has been updated with comments from the Hungarian Ministry of Defence received after publication, confirming the cancellation.

The upcoming Visegrad 4 meeting between respective defence ministers will no longer take place as both Poland and Czechia have pulled out over Budapest’s lukewarm support for action against Moscow, according to preliminary information from the Slovak defence ministry.

The meeting, organised by Hungary was set to take place on 30-31 March, but now it seems it will not take place at all.

“I have always supported the V4 and I am very sorry that cheap Russian oil is now more important to Hungarian politicians than Ukrainian blood,” Černochová wrote on her Twitter.

She also noted that elections are set to take place in Hungary on Sunday (3 April) and she does not want to “take part in the campaign”.

The lack of unity and the cancellation of two key members of the four-nation strong group means there is little chance of the meeting progressing.

“According to our preliminary information, there will be no meeting”, the Slovak defence ministry told EURACTIV.sk on Monday evening.

While Hungary voted in favour of all four packages of EU sanctions imposed on Russia, it has vehemently opposed sanctions targeting energy imports and said it would not let weapons destined for bordering Ukraine through its territory.

On Sunday, Hungarian Prime Minister Viktor Orbán told public radio that the Ukrainian side is asking for “a complete shutdown of the Hungarian economy”.

Polish Deputy Minister Wojciech Skurkiewicz told the Radio Information Agency (IAR) that “what is going on around the V4 gives no reason for optimism”.

Reacting to Černochová’s Friday announcement, Hungarian defence minister Tibor Benkő said that he had not met the Czech Defence Minister at the NATO summit in Brussels last week either, although that was not in Hungary.

“I have never met the Czech Defence Minister at any NATO meeting”, he added, according to RTL.

However, at the NATO summit of heads of states and government, the country was represented by Czech Prime Minister Petr Fiala, and Černochová joined both preceding NATO ministerial meetings in March and February, as is clearly visible from the ministers’ family photo.

Hungarian Prime Minister Viktor Orbán was singled out by Ukrainian President Volodymyr Zelenskyy in his address to EU leaders via video on Thursday (24 March).

“Hungary, I want to stop here and be honest. Once and for all. You have to decide for yourself who you are with,” the Ukrainian leader said.

Neither the Hungarian foreign ministry or the international communications office responded to EURACTIV’s request for comment by the time of publication.

Following publication, the Hungarian defence ministry has confirmed that the meeting has been cancelled and an “in person meeting will be held at a later date.”

One response to “V4 meeting cancelled over Hungary’s Ukraine policy”