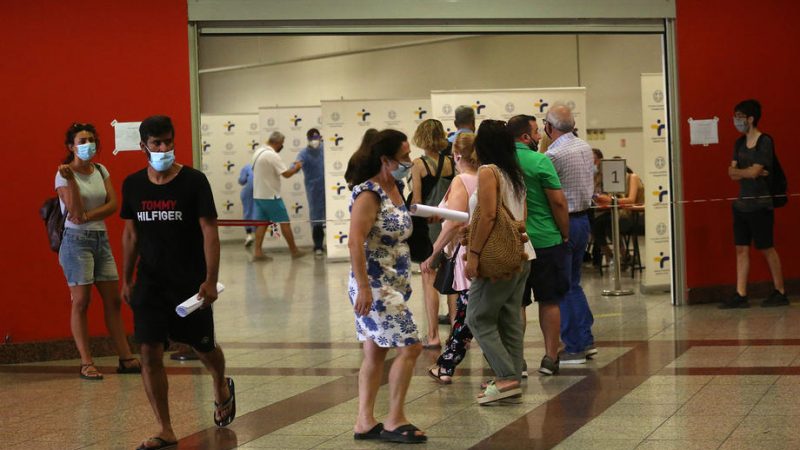 The country is on the verge of passing 15,000 COVID-19 related deaths since the start of the pandemic. [EPA-EFE/ Orestis Panagiotou]

Health Minister Thanos Plevris is expected to announce new benefits for vaccinated people, government spokesman Giannis Oikonomou has confirmed, which according to information leaked Monday night, would include no longer being bound by existing restrictions. The country is on the verge of passing 15,000 COVID-19 related deaths since the start of the pandemic.

Those vaccinated will probably also be able to move more freely, including to the country’s so-called “red areas”.

Some have called the move proof that the government is failing with its vaccination programme and that it is resorting to applying punitive measures against those whom the state failed to persuade to get vaccinated.

The messages the government is trying to get across is that those who are vaccinated will enjoy a “return to normality” and that it is unthinkable to impose a new general lockdown.

Opposition leader Alexis Tsipras has asked Prime Minister Kyriakos Mitsotakis via a parliament question to provide answers for the fact that Greece now has one of the highest mortality rates in the EU.

In response, a government spokesman has acknowledged that the high death toll was an extremely sad and unfortunate fact. “When it is scientifically explained and there is room for political explanation, the government will take a position,” was his official response.