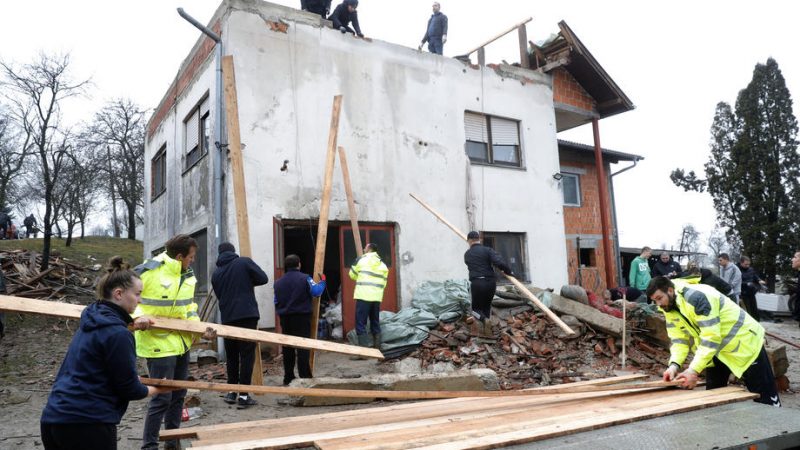 Citizens and workers repair a destroyed house in the Strasnik village, near Petrinja, 04 January 2021. [EPA-EFE/ANTONIO BAT]

Epidemiologists used the Moderna vaccine to start jabbing residents of Petrinja, the town that received the first shipment of 3,600 Modern doses because the devastating earthquake that hit the country on 29 December increased the risk of the virus spreading.

In the earthquake-hit areas of Sisak-Moslavina, Karlovac, and Zagreb counties, special rules would apply until 12 July regarding debt enforcement procedures, the tax administration announced Wednesday. Tax debtors from those areas will be considered debtors from earthquake-affected areas if they can prove the damage suffered from the earthquake is such that they cannot settle their tax dues, and are invited to apply to their local tax office for exemption.

Meanwhile, Croatia’s Seismological Service has received 20 sets of new seismographs and accelerographs with the relevant accessories. This week they will be used to collect earthquake data in the areas struck by the recent earthquakes.