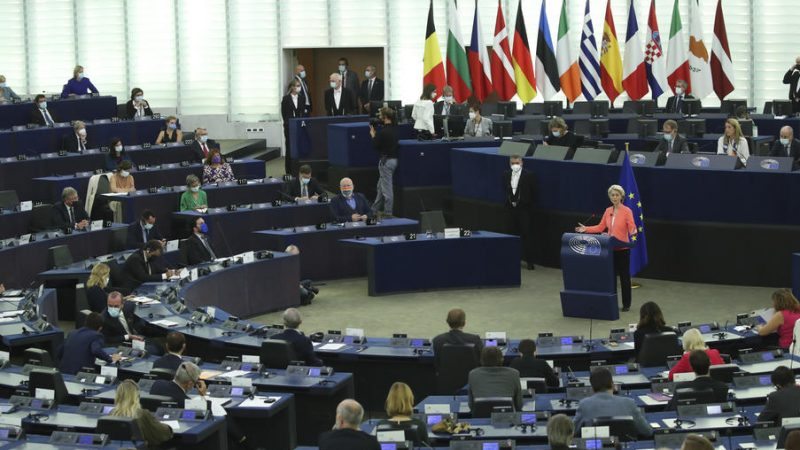 The Social Democrats – Austria’s biggest opposition party – were missing a “grand European narrative” in her speech. [EPA-EFE/ MAXPPP OUT]

Commission President Ursula von der Leyen’s State of the Union speech was met with mixed reactions in Austria. While the governing conservative ÖVP praised the speech, the opposition criticised the lack of ambition and of a “grand European narrative.”

Conservative Chancellor Sebastian Kurz praised the speech as “very important” and said von der Leyen “rightly focused on providing humanitarian aid for Afghanistan, putting an emphasis on freedom and our values as well as the ambitious fight against climate change and competitiveness.”

Others, however, were more critical. Austrian MEP for the Green party, Monika Vana, said that the speech lacked ambition regarding the climate crisis and that “the proposal to distribute tax gifts to the defence industry” is counterproductive when it comes to fostering peace and security across the globe.

The Social Democrats – Austria’s biggest opposition party – were missing a “grand European narrative” in her speech. While many important topics were “dutifully ticked off,” her speech didn’t cause “real emotions,” SPÖ MEP Andreas Schieder said in a press statement.

The liberal NEOS, on the other hand, were especially concerned with what they said was von der Leyen’s lack of vision. “We need a real will to reform – a reboot for Europe,” NEOS MEP Claudia Gamon said in a statement, adding that the “paradigm shift” Europe needs right now wasn’t “noticeable” in von der Leyen’s State of the Union speech.