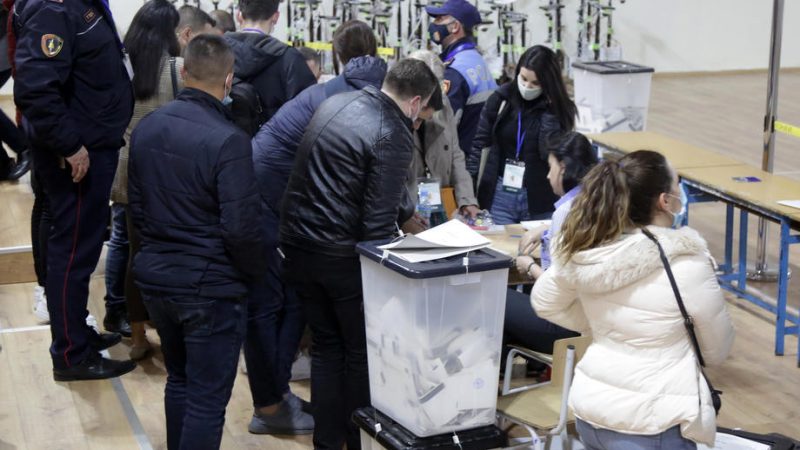 In July 2021, the Constitutional Court addressed the Venice Commission on the issue of the constitutionality of the elections. [EPA-EFE / Malton Dibra]

The Venice Commission has opined that the Albanian Constitutional Court does not have the power to decide whether the 2019 local elections were constitutional or not.

The 2019 local elections in Albania took place five months after opposition parties resigned their mandates from parliament and refused to take part in the local elections.

This led the ruling Socialist Party (PS) to run uncontested despite President Ilir Meta trying unsuccessfully to reschedule the elections. Despite voter turnout falling to one of the lowest rates ever (between 15-18%), the PS took almost every municipality due to lack of opposition.

The elections were heavily criticised both locally and internationally, including the election monitoring report by the OSCE/ODIHR.

The Association of Municipalities, chaired by the Mayor of Shkodra Voltana Ademi, brought the case before the Constitutional Court.