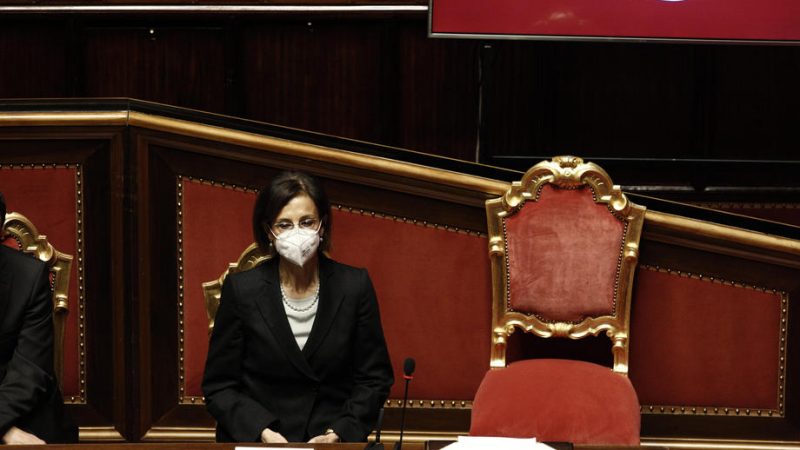 The publication by newspaper Domani on Wednesday of a surveillance video of the prison of Santa Maria Capua Vetere, in the south of Italy, showing club-wielding police officers violently beating prison detainees has sparked a huge controversy in Italy.

The beatings took place on 6 April, 2020, during the first lockdown in the country.

In the weeks prior to the incident, detainees had protested overcrowding, fear of contagion and the lack of protective equipment. A total of 283 policemen participated in what the Italian judges – who investigated 117 people – called a “horrible slaughter”.

Italian Justice Minister Marta Cartabia on Wednesday announced the suspension of 52 agents for which the judges had requested precautionary measures, expressing “a stronger condemnation for the violence and humiliations inflicted on detainees, who can find neither justification nor excuses.” The hope is that such events do not happen again, Cartabia added.

The images are “an offence and an outrage to the dignity of the prisoners and also to that uniform that every woman and every man of the prison police must wear with honour, for the difficult, fundamental and delicate task that is called to carry out. Faced with facts of such gravity, a condemnation in words is not enough, but it is necessary to take action to understand and remove the causes,” the justice minister added.

In the meantime, the centre-left democratic party has asked the government to urgently report to parliament, while the right-wing parties of the Northern League and Brothers of Italy – as well as the police unions – have expressed their solidarity with the investigated agents.

Northern League leader Matteo Salvini has announced a demonstration in favour of the agents outside the prison of Santa Maria Capua Vetere. I know “those fathers of families under accusation” and am “convinced that they wouldn’t do anything wrong,” Salvini added.

The difficult living conditions in prisons are a problem that has plagued Italy for years, with numerous rulings by the European Court of Human Rights (ECHR) which condemned the country for overcrowding and lack of protection of the rights of prisoners. According to the ‘Space’ report of the Council of Europe, published in April, Italian prisons are the most crowded in Europe with 120 inmates for 100 places available.