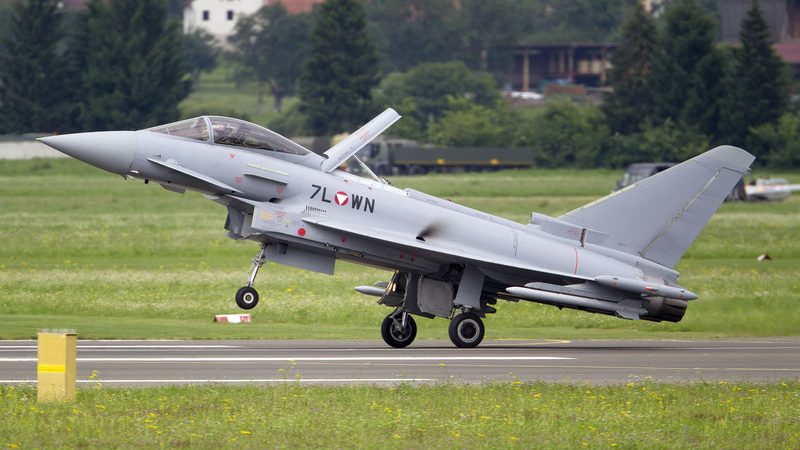 Austrian Eurofighter Typhoon jet touching down for landing after performing during the Airpower show 2013 in Zeltweg, Austria. [EPA/ERWIN SCHERIAU]

A Viennese court decided to prematurely end the criminal investigation into alleged fraud by Airbus SEAIR.PA and Eurofighter Jagdflugzeug GmbH in connection with the government’s $2 billion fighter jet purchase in 2003.

Eurofighter manufacturer Airbus had been accused of bribing Austrian officials so that they would buy Eurofighters rather than Gripen-jets produced by Swedish rival Saab.

However, the court ruled that the government could not produce sufficient evidence to back up their claim.

“Much will remain in the dark, said Austrian Defence Minister Klaudia Tanner (ÖVP) after the court’s decision. (Philipp Grüll | EURACTIV.de)