Vienna to provide €15 million in humanitarian aid to Ukraine 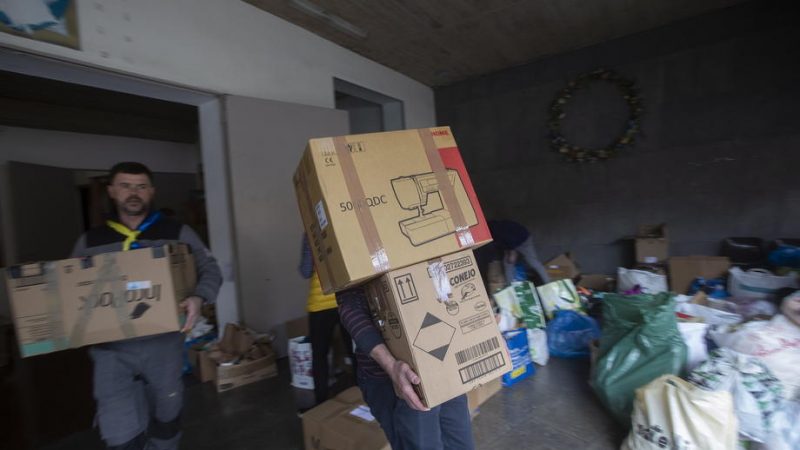 “The humanitarian situation in Ukraine has been dramatic since 2014 and has been enormously exacerbated by the war started by Russia,” explained Austrian Chancellor Karl Nehammer. [EPA-EFE/Marta Perez]

The Austrian government will provide €15 million in aid, 10,000 helmets and fuel to assist the Ukrainian population as it suffers from the ongoing war waged by Russia, the government has said.

“The humanitarian situation in Ukraine has been dramatic since 2014 and has been enormously exacerbated by the war started by Russia,” explained Austrian Chancellor Karl Nehammer.

“As part of a further aid package put together by the Austrian federal government in the last few days, helmets and protective waistcoats for civilian emergency forces as well as 100,000 litres of fuel will now be delivered to Ukraine,” he added.

Coming Wednesday, the Austrian government would then sign off on “an additional €15 million” for relief organisations, he added.

“The funds will be made available to the ICRC, UNHCR, UNICEF and Austrian NGOs on the ground,” said Nehammer, adding that “Those who help quickly help twice.”

While Austria will not export arms to Ukraine, citing its neutrality, it will not stand in the way of deliveries across its territory as the Hungarian government has done.

“We will not leave the Ukrainian people alone in these difficult hours,” explained Vice-Chancellor Werner Kögler.

Most of the €15 million can be expected to go to the Red Cross, as the International Committee of the Red Cross and the Austrian Red Cross had received €1.75 million of the immediate €2.5 million in aid that Austria had made available last week.