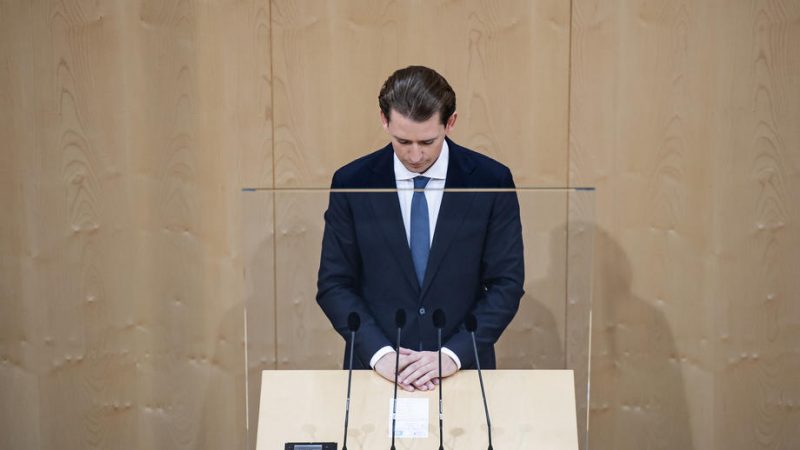 “The false accusations against me will be quickly refuted,” the former chancellor has stated, adding that he will do everything to prove his innocence. [EPA-EFE / CHRISTIAN BRUNA]

The expert report that the lawyer of the conservative ÖVP commissioned to clear former chancellor Sebastian Kurz over the corruption allegations facing him has backfired, with the University of Vienna distancing itself from the law professor who drafted the report.

The law professor responsible for the report, Peter Lewisch, concluded that the allegations against Kurz by the Prosecutor’s Office of Economic Affairs and Corruption (WKStA) are based on “speculations and suppositions.”

Leading ÖVP politicians saw the report as proof of Kurz’ innocence, with August Wöginger, deputy party leader of the ÖVP, stating that the report proves that the WKStA has “worked extraordinarily sloppily.”

However, the University of Vienna distanced itself from the report, although the author used their logo to give the report more credibility.

High ranking lawyers have also condemned the report. Alois Birklbauer from the University of Linz criticised the ÖVP in an interview with Ö1 for using an “expert report, which is criticising the prosecution,” instead of the ordinary legal channels.

Kurz, who stepped down as chancellor over allegations of breach of trust and complicity in bribery, emphasised during his speech in the Austrian parliament that he is not guilty of the charges currently pressed against him.

“The false accusations against me will be quickly refuted,” the former chancellor stated, adding that he will do everything to prove his innocence.

The Austrian parliament will waive the immunity of Kurz this week to enable the prosecution to investigate him. If he is found guilty, his return as chancellor is off the table, experts say.