Visegrad Group does not want to expand 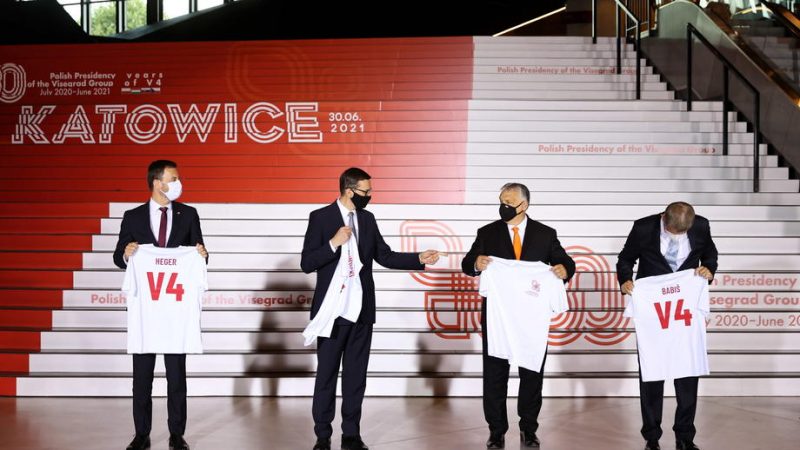 Poland, together with the Czech Republic, Slovakia and Hungary, has no plans to expand the Visegrad Group, Prime Minister Mateusz Morawiecki said during the V4 summit in Katowice on Wednesday.

Asked about other countries possibly joining the V4, the Polish head of government replied that the Visegrad Group has a lot in common with each other and that is why it is effective.

From time to time, however, summits of the Visegrad Group are organised in the extended V4+ format.

In recent years, there have been joint summits of the Visegrad Group with the heads of government of Austria, Bulgaria, Croatia, Romania, Slovenia and Lithuania.

However, these summits concerned very specific areas common for the V4 and the invited country, for example migration policy or health care.

During the Katowice summit, the heads of V4 governments summed up the year of the Polish presidency and Mateusz Morawiecki handed over the presidency for the next year to the head of the Hungarian government Viktor Orban.

The Hungarian prime minister announced that the most important topics at the moment, according to Budapest, are increasing investment in the Central and Eastern European region, as well as opposition to tax increases and the forced relocation of refugees.