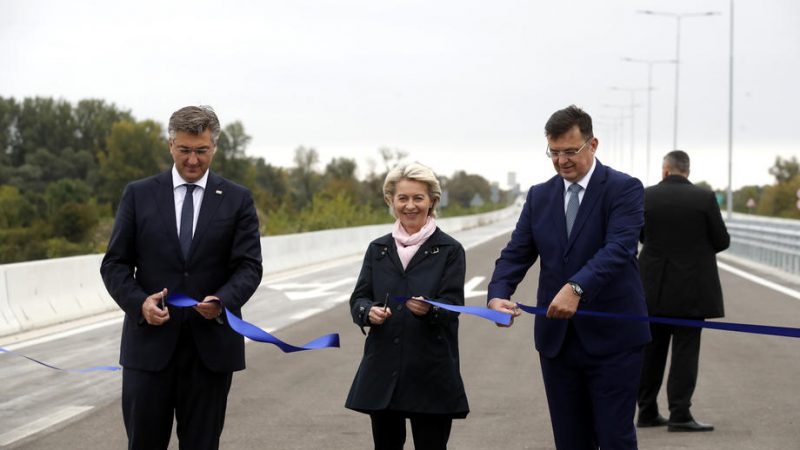 The Svilaj Bridge across the River Sava, which connects Svilaj in Croatia with Donji Svilaj in BiH is part of the international Pan-European Vc corridor. It is located east of Slavnoski Brod in Slavonia. The bridge was built according to an agreement between the Croatian government and BiH’s Council of Ministers.

“I’ve often said that Croatia will not put up any fence on the border with BiH,” PM Plenković said, underscoring that Croatia wishes to intensify cooperation with BiH in numerous areas.

PM Tegeltija commented on another project that will see a bridge constructed across the River Sava at Gradiška (on the west), saying that the start of summer 2022 will be an opportunity to open it with Croatia’s prime minister and the EC president.