Vucic after meeting Putin: Gas price for Serbia to stay the same in next six months 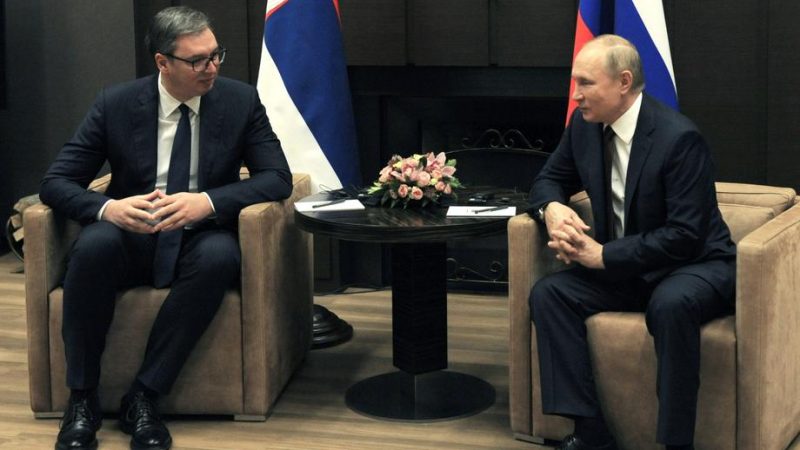 The price of Russian gas will remain at $270 per 1,000 cubic metres for Belgrade in the next six months, Serbian President Aleksandar Vučić said in Sochi on Thursday after meeting with his Russian counterpart Vladimir Putin.

After a face-to-face meeting and lunch with Putin, Vučić said it was an “incredible price”, as the price of gas on the stock exchange is over $1,000 per 1,000 cubic meters.

Vučić told Pink TV that Putin “showed exceptional friendship” towards Serbia and added that he had talked to him about a long-term gas supply contract.

He said that “thanks to the friendship” with Putin, Serbia had saved more than €300 million, and added that it also gained security of supply.

“We had a crisis in the previous days, we consumed gas from (the underground Storage)  Banatski Dvor faster. We had gas reserves for 15 days. This is how we solved the problem. This is a salvation for us. We will not have problems with electricity or gas, heating or overall. President Putin helped us a lot with his attitude,” Vučić said.

He announced that he would open a thermal power plant in Pančevo together with Putin via video link in December, where between 300 and 350 million cubic metres of gas will be consumed annually.

Vučić also announced that the first Russian-made Kornet anti-tank missile launchers would arrive in Serbia before the end of 2021,

During the meeting, Putin wished Vučić success in the forthcoming elections in April.

The Russian president underscored the importance of the two countries’ cooperation in the military-technical sector and the international arena.

“As for Kosovo – you know that Russia’s position is principled and not prone to submission to the daily political situation. We support your position regarding solving the Kosovo problem, and I hope a solution will eventually be found that will meet the interests of all people living in the region,” Putin said according to his press office.