Vucic at Summit for democracy: Serbia ready to be reliable partner 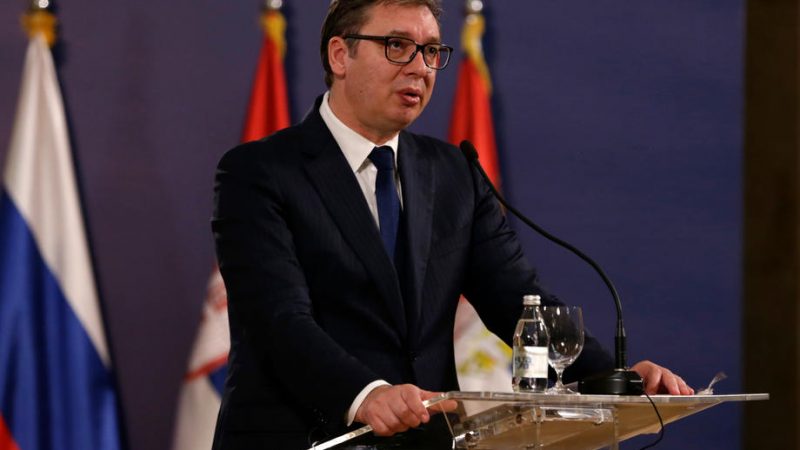 “In a few months” Serbia will no longer be the easy target it once was, President Aleksandar Vučić said on Saturday. [EPA-EFE / ANDREJ CUKIC]

Serbian President Aleksandar Vučić stated at the Summit for Democracy on Thursday that Serbia was ready to be a reliable partner of the US in efforts to strengthen democracy.

During the online Summit for Democracy, organised by US President Joe Biden, Vučić stated in a pre-recorded video address that it was “very positive that the US had recognised the need to organise a gathering that promotes and underscores the importance of democratic values at the time when the world speaks about a crisis of democracy.”

“This gathering is extremely important for the further strengthening of democratic values at the global level. Serbia is making a continuous effort to strengthen its democratic society in which all citizens enjoy full rights and have opportunities to develop potentials for participating in all aspects of social, cultural, political and economic life,” Vučić said.

He stated that Serbia was “committed to the fight against corruption and strengthening human rights”.

“Serbia is fully committed to European values, democratic principles and the rule of law. Membership in the EU is our key foreign policy goal and that is why we are investing continuous efforts in the process of accession to the EU, which include the adoption of best European practice in fields such as the rule of law and the fight against corruption,” Vučić also said.