Vučić calls on all Serbs in all Serbian countries, including Croatia, to hang a flag 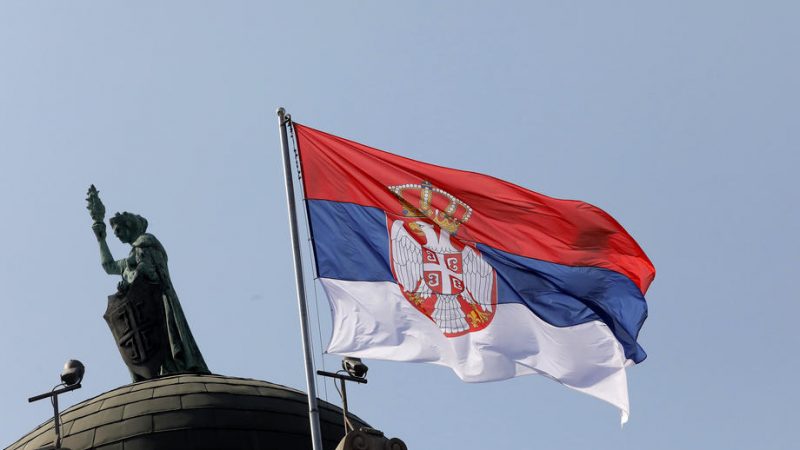 Vučić called on Serbs to hang out the Serbian flag on Wednesday, because last year that date was defined as a Day of Serbian Unity, Freedom and National Flag. [EPA-EFE/MARKO DJOKOVIC]

Serbian President Aleksandar Vučić has called on Serbs to hang out the Serbian flag on Wednesday, because that date was defined as a Day of Serbian Unity, Freedom and National Flag. The call was made primarily to Serbs in Serbia and Republika Srpska, the Serb entity in Bosnia, but Vučić also called on “Serbs from all Serbian countries”, which includes Croatia, a country that had fought a war with its Serb minority in 1991-95.

Croatian Democratic Union (HDZ) whip Branko Bačić called the call inappropriate, unacceptable and provocative, citing the Public Law and Order Act which says that displaying other countries’ flags is not allowed. Ivana Posavec Krivec, SDP MP said that national minorities in Croatia could display their national symbols, but added that she did not believe that Serbian citizens would do so at the invitation of the Serbian president.

MP Milorad Pupovac, leader of the Independent Democratic Serb Party and the Serb National Council (SNV). said that regardless of expectations, he would do everything so that 15 September did not disrupt ethnic relations in Croatia or relations between Croatia and Serbia.

Croatian President Zoran Milanović on Monday described the initiative as nonsense, saying that “the devil finds work for idle hands”.