Vučić meets with Lajčak in Brussels 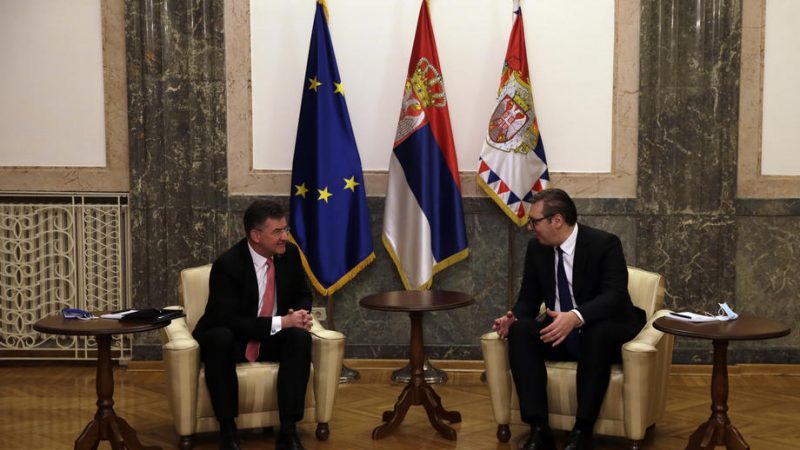 Serbian President Aleksandar Vučić began a two-day visit to Brussels on Sunday with a meeting with Miroslav Lajčak, the EU’s special representative for the Belgrade-Priština dialogue.

The Serbian president is also due to meet with European Enlargement Commissioner Oliver Varhelyi and European Parliament rapporteur for Serbia, Vladimir Bilčik.

Vučić is expected to discuss a possible resumption of the Belgrade-Priština dialogue, applying the new methodology in accession talks with the EU, and measures to fight the COVID-19 pandemic.

On Thursday, top EU officials in Brussels will receive Kosovo Prime Minister Albin Kurti. Vučić announced earlier that the Brussels dialogue between Belgrade and Pristina should resume in May.