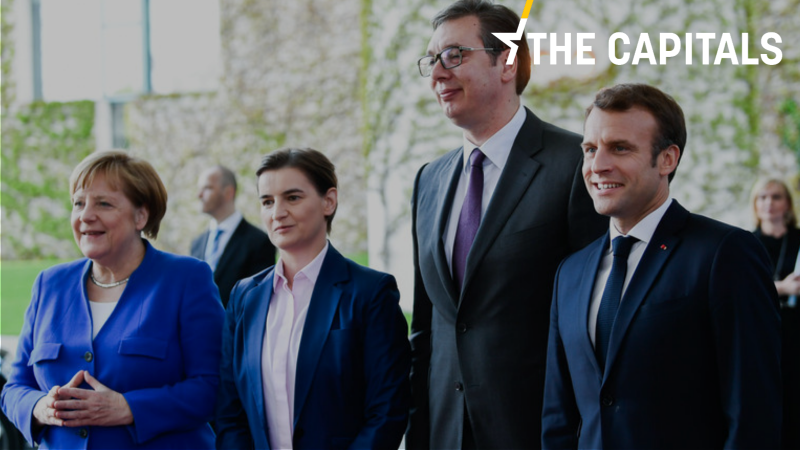 The daily claimed was a joint initiative of Germany and France, something that was denied by the two countries’ embassies to Kosovo. [EPA-EFE/FILIP SINGER]

The so-called non-paper on Kosovo, published by Pristina daily Koha Ditore, contained “many things” that the Serbs would find pleasing, but also a section on recognition of Kosovo which would “horrify the Serbs,” Serbian President Aleksandar Vučić said on Tuesday.

He added that the non-paper has been created by a very clever woman he knows.

After the phantom non-paper detailing changes to national borders in the Balkans surfaced, causing much controversy in the region, Kosovo daily Koha Ditore published another document on solving the Serbia-Kosovo dispute, which the newspaper claimed was a joint initiative of Germany and France, something that was denied by the two countries’ embassies to Kosovo.

According to Koha, the document says that Vučić and Kosovo Prime Minister Albin Kurti will conduct talks to finalise the agreement to normalise relations and should complete the process by the end of February 2022. A meeting in Paris this June is also envisaged. Koha also wrote that several diplomats confirmed that the elements mentioned in the document were more or less in line with what had been discussed in the Belgrade-Pristina dialogue.

“I hear denials coming from everywhere, but this second non-paper has given more worries than the first one, as this one has been written and devised by a very clever person. This has been written by someone who is excellently conversant with everything and that can be some 50 persons in the world. I know them all, you know how many times I have traveled to Brussels to talk about Kosovo and I am suspecting one person to be behind this paper. It is a highly intelligent woman,” Vučić said, without elaborating.

Vučić added he has yet to analyse the political motives behind this document, considering that the dialogue with Pristina would not start until 11 May.