Vučić says he will not recognise Kosovo’s independence 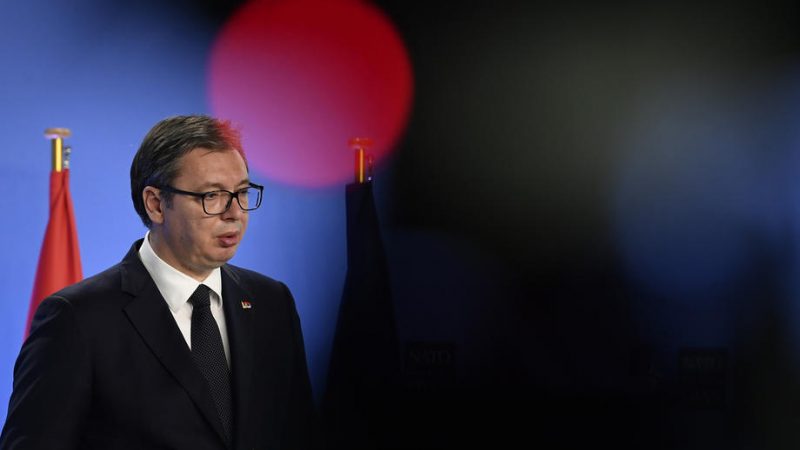 “The point of running a country is in its independence. You can’t make decisions on behalf of Serbia. They won’t be made by any foreigner nor ambassador,” Vučić said. [EPA-EFE/JOHN THYS]

President Aleksandar Vučić said on Saturday that he would not sign any recognition of Kosovo’s independence regardless of pressure, which he said would be huge around mid-July when the dialogue on Kosovo is slated to resume.

“The point of running a country is in its independence. You can’t make decisions on behalf of Serbia. They won’t be made by any foreigner nor ambassador,” Vučić said.

The president also said Priština was not meeting its obligations as part of previously concluded agreements under the Belgrade-Priština dialogue, something he said did not particularly perturb the West.

Moreover, Vučić said a strategy pressuring countries that have not recognised Kosovo as independent had been devised against him and that his family was being further criminalised.

“They did that with the support of some of our members who presumed that they were going to get medals from abroad and rise to power,” Vučić said at a session of the Progressive Party’s steering commission. (EURACTIV.rs | betabriefing.com)