Vucic: Serbia will protect interests if Kosovo campaigns for independence 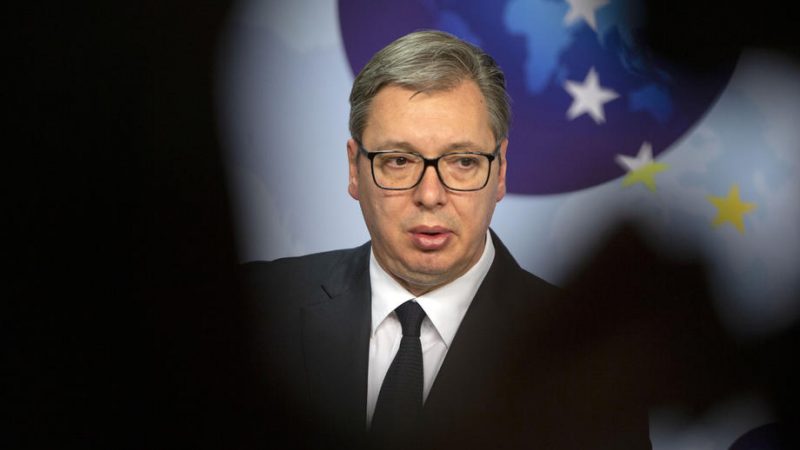 Serbia has no other choice but to fight for its country and people, Vucic said. [EPA-EFE/Virginia Mayo]

Serbia would do everything to protect its interests if Kosovo violates the Washington Agreement signed in 2020, Serbian President Aleksandar Vučić said on Wednesday, pointing to Belgrade and Pristina being both obliged to refrain from campaigning for withdrawals like lobbying for the global recognition of Kosovo’s independence.

Vučić said this when asked to comment on allegations in the media that Turkish President Recep Tayyip Erdogan had launched a political offensive aimed at encouraging more countries to recognise Kosovo’s independence.

“Erdogan is a great leader. I will try to talk with him. Until 1 September, we are all obliged to refrain from lobbying but if they start before that […] Turkey is a great power, Erdogan is great, I am small and negligible, but Serbia is not so small that it would not attempt to stand up to that,” said Vučić.

Serbia has no other choice but to fight for its country and people, he added. “And you will see that we are not as small as I sometimes say,” Vučić also said.