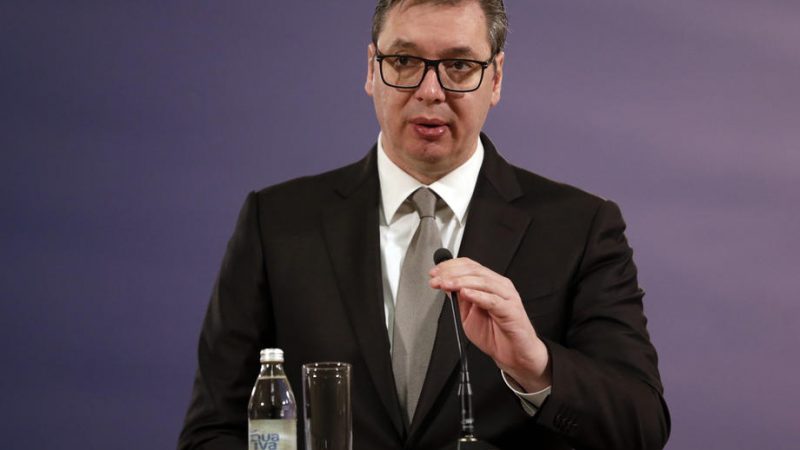 Construction will be completed by early 2025 at the latest, said Vucic, touting the future institution as “first-class” and a centre for treating children from all over the region. [EPA-EFE/ANDREJ CUKIC]

The Serbian people “love the neutral status of their army, and do not want someone else’s army,” Vučić said at his party’s first election rally in the village of Merošina, in southern Serbia.

“The people want us to have a strong army so that no one can ever threaten Serbia. In a few days, you’ll see a much stronger Serbia, and you’ll be glad to see some of the most sophisticated systems in the world. Serbia will never again be easy prey for anyone,” said Vučić.

Vučić said that “many challenges” were ahead of Serbia. The president reiterated that Serbia was on the European path but that it “won’t spoil” relations with Russia and China.

“For seven or eight years we’ve been cautioned that we won’t be able to be on good terms with everyone, that we can’t sit in two chairs for much longer, but they don’t understand that we only have one, Serbian chair, which we love more than any other, and which we wouldn’t give away for anything.

“Serbia has been working slowly and silently, preserving Kosovo and protecting our people wherever they may be living in the territory of former Yugoslavia. There haven’t been wars either,” Vučić also said.