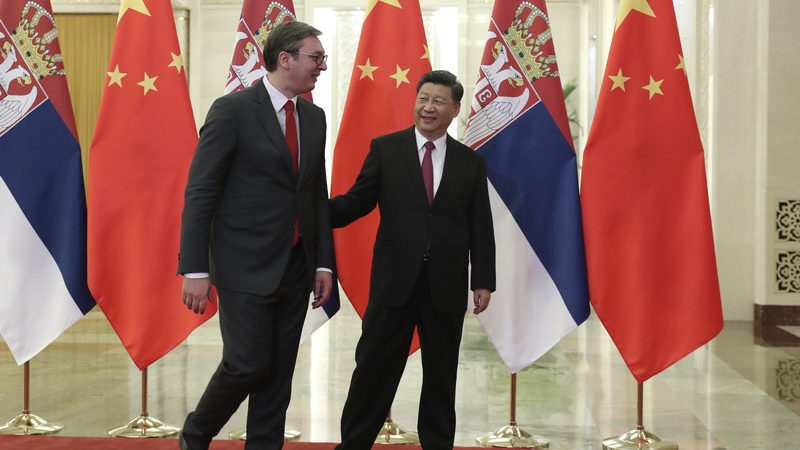 Serbian President Aleksandar Vučić met with his Chinese counterpart Xi Jinping on 5 February in Beijing to discuss bilateral cooperation. Xi hailed the “iron-clad friendship” and the high-level mutual political trust between China and Serbia, saying bilateral ties have endured the test of time and they are the model of international relations, the Chinese media group CMG reported.

“This is the seventh official meeting with President of the People’s Republic of China Xi Jinping. It is very important for us to build good relations and expand bilateral cooperation in all areas,” said Vučić on Instagram, who was on a three-day visit to China from 3-5 February and attended the opening of the Winter Olympic Games.

The Serbian president said he was very pleased with the meeting, underlining that the Chinese president had confirmed he was looking forward to visiting Serbia.

“We discussed strategic matters, mutual support, the protection of territorial integrity in international institutions and organisations – this is very important to our country, because of Kosovo and Metohija,” Vučić said in an interview with Serbian Broadcasting Corporation RTS.

Vučić underscored that a free trade agreement with China was a very important matter for Serbia and that it should be finalised by the end of the year.

China and Serbia should improve their good cooperation within the Belt and Road Initiative and turn the traditional friendship between China and Serbia into more tangible results, Xi stated.

CMG reported that Vučić said that Serbia is a true friend of China, that Serbia respects China and admires its leadership, adding that no matter what pressure or hardships lie ahead, the ironclad friendship between the two will stay strong.