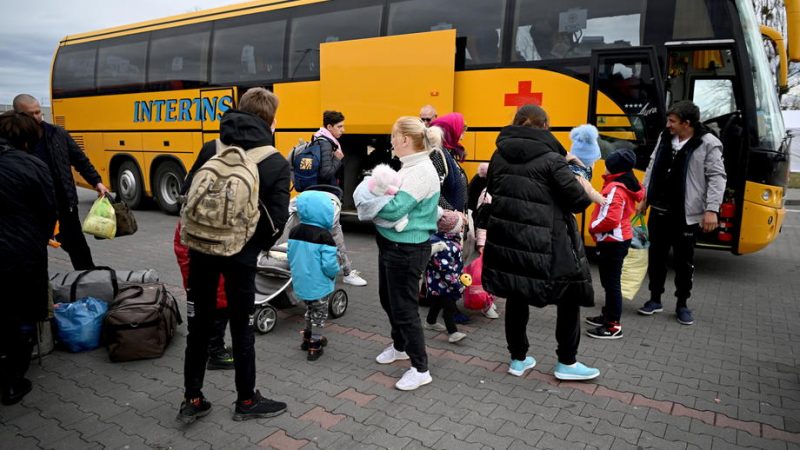 Some €10.1 billion was raised for those who have fled Ukraine and the internally displaced. [EPA-EFE/Darek Delmanowicz]

Over ten billion euros was raised for Ukrainians through the global “Stand Up For Ukraine” fundraising campaign organised by European Commission, the Canadian government and the Global Citizen organisation that concluded with a donor conference in Warsaw on Saturday.

Some €10.1 billion was raised for those who have fled Ukraine and the internally displaced.

“This event is another sign of international unity. […] Today, we stand up for Ukraine, but at the same time, Ukraine has been standing up for us. Ukrainians are fighting not only for their freedom but also for ours,” said Duda. He praised Ukrainian soldiers and his Ukrainian counterpart Zelenskyy, whom he called “the hero of our time.”

Many of them showed support for Ukraine by posting videoclips or recordings of their performances for Ukrainian soldiers and civilians. “We’ve all seen the horror unfold in Ukraine, so we know how desperately they need help […]. Support the refugees!,” tweeted American pop singer Katy Perry.

“Sincere thanks to Ursula von der Leyen, Justin Trudeau and Global Citizen for supporting millions of Ukrainians,” Zelenskyy tweeted after the conference. He added that the collected sum is “a huge contribution to Ukraine’s support after the Russian invasion”.

In Warsaw, von der Leyen thanked Poland for supporting and accepting Ukrainian refugees from the first day of the war. Since 24 February, Poland has received over 2.5 million Ukrainians.