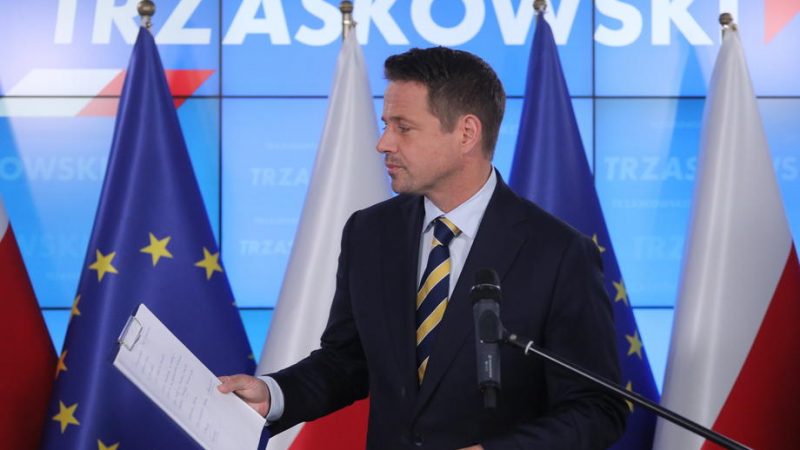 Mayor of Warsaw and candidate for Poland's president of main opposition party Civic Platform and Civic Coalition's Rafal Trzaskowski attends a press conference after the second round of presidential election in Warsaw, Poland, 13 July 2020. [EPA-EFE/Pawel Supernak]

Poles have never been “as divided as they are today,” Trzaskowski told the launch event, adding that the movement “aims for a Poland where the end never justifies the means, where the law is the foundation of the state’s actions […] even if it is against the interests of the authorities, where everyone, regardless of nationality, religion, political views, origin or sexual orientation, has the same rights”.

“Ten million Polish women and Poles voted for President Andrzej Duda, while ten million voted for me. Unfortunately, as many as 10 million stayed at home,” Trzaskowski said.

He also vowed to establish a “New Solidarity” trade union that would represent the self-employed and those working on so-called “trash” job contracts with less long term job security.