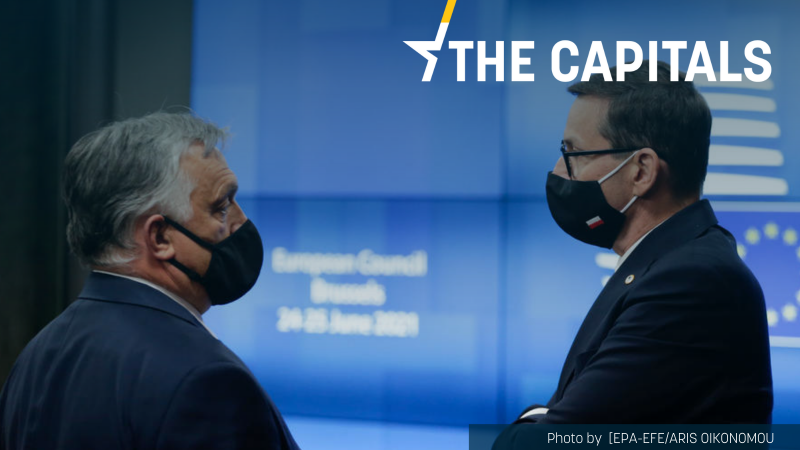 With Russia’s war in Ukraine the split is becoming evident.

Poland and Hungary teamed up in their fight against Brussels over their respective rule of law standoffs, but that unity has dwindled recently over Budapest’s close ties with Moscow which may become the bone of contention.

The pro-Russian views of some European right-wing leaders, including Hungary’sViktor Orban, Italy’s Matteo Salvini and France’s Marine Le Pen, have been a potential problem for a united European right for some time, but are expected to intensify amid the Ukraine war.

Poland has the only major far-right government in Europe that, contrary to potential allies, is anti-Russian. Hungary’s close ties to the Kremlin have for some time been eyeballed by Warsaw, with some government officials saying the gap between the two might grow too wide.

With Russia’s war in Ukraine the split is becoming evident.

Poland, which also imports significant amounts of coal from Russia, is ready to stop doing so, Polish Prime Minister Mateusz Morawiecki said in the past two weeks.

Last year, the country imported 8.3 million tonnes of coal from Russia, costing over €625 billion. However, the government is still convinced a total European ban on Russian fossil fuels is possible.

Poland currently extracts coal that is considered lower quality than the coal imported from the further East. Russian coal consists of less sulphur and ash, making it burn better and more efficiently.

Budapest now rejects Warsaw’s idea of banning Russian fossil fuel imports into Europe and has threatened to block any serious sanctions concerning Russian oil and gas, despite being one of Poland’s closest allies in the bloc.

Orban has strongly opposed the idea of a total ban, speaking out against the embargo on gas and oil from Russia after the meeting with other countries of the Visegrad Group and the UK.

“Although we fully oppose the Russian offensive and we condemn war, we will not let Hungarian families pay for it. The sanctions must not concern oil and gas,” said Orban.

“The majority of Hungarian imports of oil and gas comes from Russia. Ninety per cent of Hungarian families use gas in the heating systems of their homes. The Hungarian economy just cannot work without Russian fossil fuels,” Orban added.

Some countries, including the Baltic states, share the same opinion as Poland, yet the concept of a total ban on fossil fuels from Russia has more opponents than supporters inside the EU27 bloc.