Warsaw to Berlin: we want ‘EU made up of sovereign states’ 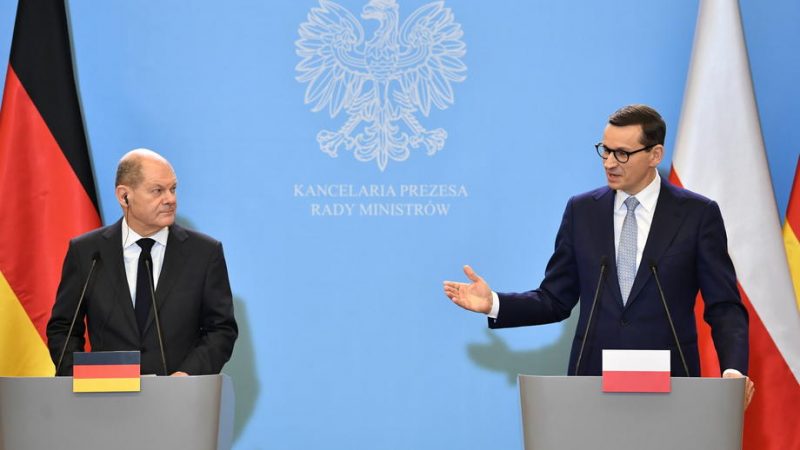 Differences between Berlin and Warsaw were made clear during Chancellor Olaf Scholz’s inaugural visit and his talks with Polish Prime Minister Mateusz Morawiecki.

It was the third city, after Paris and Brussels, the freshly appointed chancellor visited within the week. His trip comes at a time when the crucial role of Poland at the Eastern EU flank had been made clear amid the “type of hybrid war” put in motion by Minsk.

The developments at the Eastern EU border were the primary point of agreement between Scholz and Morawiecki during their scenic meeting in front of a Christmas tree, where the language was kind but the differences stark.

One major issue continues to be the new German government’s commitment to the contentious Nord Stream 2 pipeline project.

While Poland had been a vocal opponent of the pipeline due to Russia’s increase in influence and the circumvention of Ukraine, Scholz had repeatedly confirmed his commitment throughout 2021.

As Poland continues to be embroiled in a rule of law dispute with Brussels, the coalition agreement of the new government of Social Democrats (SPD), the Greens and the liberal business-friendly FDP raises concerns about Warsaw and affirmed the coalition’s support of a “federal European state.”

According to Morawiecki, such “democratic or bureaucratic centralisation” is utopian and that his aim was an “EU made up of sovereign states.”

Scholz’s response was that in a world of 10 billion, there were “only 400 million people” in Europe, tweeted Deutsche Welle’s Michaela Kuefner. (Nikolaus J. Kurmayer  | EURACTIV.de)